Home Entertainment Why the sequel to L.A. Noire will never be released 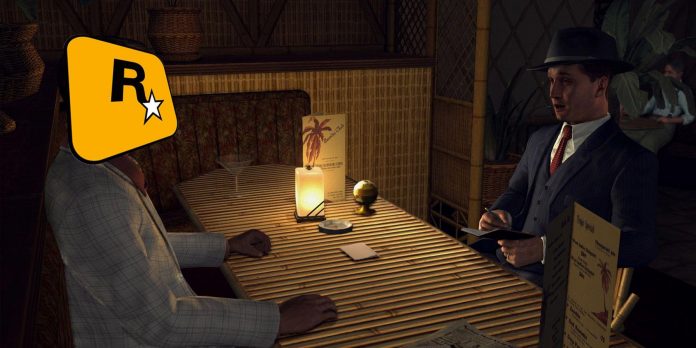 The detective genre is a genre that has not been fully used in video games like some others, and there is still a lot of room for experimentation and research within its framework. Even though there are some great detective games like Disco Elysium, The Wolf Among Us and Return of the Obra Dinn, it’s a vast genre that still has a lot to offer. One game that really took advantage of the attributes of its genre and paved the way for subsequent games was L.A. Noire.
The action-adventure film by Team Bondi and Rockstar Games expanded the boundaries of motion capture capabilities and took full advantage of the perfect reproduction of 1940s Los Angeles in the open world. The release of L.A. Noire was successful both critically and commercially, and was nominated for awards. Despite the positive response, rumors of a sequel quickly dried up after the launch of L.A. Noire, and more than a decade after the release of the next game is still not expected.
RELATED: 8 Best Final Games from Non-Existent Studios
Strong release
L.A. Noire has presented some impressive achievements in the field of motion capture. The developer used a patented motion capture technology called MotionScan to track every facial expression and facial features of the actors. It really added to the realism of the game when so much of the investigation depended on players being able to read the emotions of suspects on their faces to measure their guilt. Playing as a detective seemed more difficult than just finding clues and chasing suspects, although, of course, this was also part of the game.
Team Bondi also managed to perfectly convey the atmosphere of post-war Los Angeles, from the atmosphere and architecture to the memorable soundtrack. Gamers could roam around the city and interact with parts of the world, although the driving controls were criticized somewhat for their clumsiness. Overall, L.A. Noire was seen as an engaging, extensive and original game exploring a setting and genre that are not so common in video games. And yet, despite its popularity and positive reception, behind-the-scenes things have ruined the name.
Damaged relationships
L.A. Noire was first announced in 2005, but it faced a number of delays and was not actually released until 2011. During this time, the game changed publishers and faced a number of problems on the way to release, and reportedly endured an incredibly large amount of money by video game development standards. After the game was launched, rumors and accusations began to appear regarding an unstable and toxic work environment, high staff turnover, and even verbal insults, painting a rather revealing picture.
The situation became so complicated that, despite the success of the game and talk of a sequel shortly after its release, in 2011 Team Bondi was placed in administration, and by the end of the year the developer was liquidated. This could cast a shadow on L.A. Noire, but it didn’t mean that the dreams of a sequel were dead. The DLC was still being released, and members of the original development team were even working on L.A. Noire.: The VR Case Files, which was launched in 2017. But despite these efforts to continue the life of the game after launch, the continuation is nowhere to be seen.
Rockstar has a lot to do with its huge franchises, such as Grand Theft Auto and Red Dead Redemption, which may explain the lack of attention to older games in their stable. L.A. Noire also had a notoriously difficult and drawn-out development, and Rockstar may be hesitant to return to it, especially when it seems like it missed an opportunity to really benefit from the success of the game at this stage. The sequel to L.A. Noire still has an audience, but over the years it seems increasingly unlikely that they will be able to play it.
Currently, L.A. Noire is available on PC, PS4, Xbox One, Switch and legacy consoles.

Google Tasks: What Is And How The App Works