Home Entertainment Why “The Real Housewives of New Jersey” Is a Show That Needs... 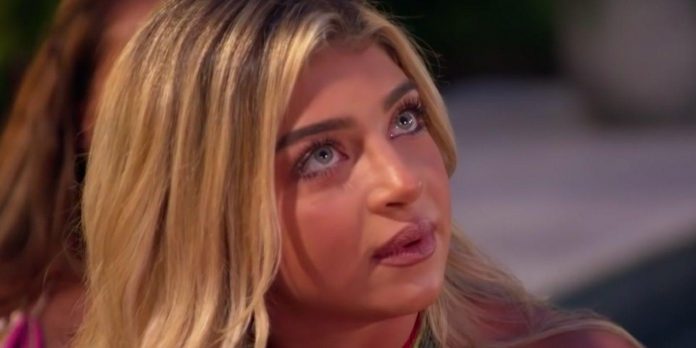 When the Real Housewives of New Jersey premiered on the Bravo channel in 2009, the world was instantly immersed in the fabulously glamorous life of five housewives from New Jersey, but in the last few seasons the show has not been so fun. The fourth installment of Bravo’s main franchise, The Real Housewives, was met with great praise by viewers as they met Teresa Giudice, Caroline Manzo, Dina Manzo, Danielle Staub and Jacqueline Laurita. From the very beginning, the scenes of the series have become one of the best and most spectacular in the entire franchise.

From Teresa’s iconic table-turning in season one to Danielle pulling Margaret’s hair in season ten, moments of entertainment were at an all-time high as women continued to give pleasure with each season. However, when Teresa’s brother Joe and sister-in-law Melissa joined the cast, the family drama got even worse. Blows were struck, harsh words were thrown, and the rivalry between brothers and sisters acquired a completely new meaning. The audience was fascinated by the juicy drama “Real Housewives of New Jersey” between brothers and sisters, as well as their way to make amends. The action continued until Teresa’s emotional departure so that she could begin serving her prison sentence.

RHONJ has been one of the franchise’s best-performing and highest-rated series over the years, but for some reason its seasons are also the shortest, and many fans want to know why. The show has had quite a few ups and downs thanks to a metaphorical revolving door that opens up a host of new wives, including controversial women and more popular RHONJ stars. However, since the twelfth season ended last May, viewers are wondering how long this show can last. The producers seem to be grasping at straws to make a mark of twelve episodes.

RHONJ is still dramatic and somewhat interesting as women continue to give fans their weekly dose of shady with a touch of the classics. Although there have only been twelve to thirteen episodes in the last few seasons, not counting the reunion episodes. Also, once the drama reaches a climax, the season ends. The drama builds up in each part, but it seems that at the end of each episode crashes, as nothing is solved. We still have a lot to discuss, what the producers are saving for the RHOBH reunion.

It seems that the show’s producers aren’t sure how women should help the series develop, as there are powerful storylines like Jackie’s struggle with her eating disorder, and juicy, drama-filled arcs like Margaret and Theresa. in Nashville during the filming of the twelfth season. Seasons deal with these storylines only before they end during the year, and so much remains unsaid. Fans are wondering if the show should go through some kind of rebranding when some housewives leave as they have nothing more to offer the show in terms of entertainment.

Although “The Real Housewives of New Jersey” remains one of the best shows in the “Real Housewives” franchise, it’s a pity that there isn’t enough quality content to fill the episodes. Fans struggle to identify with wives like Melissa and Margaret, but still love the original New Jersey housewife, Teresa, in addition to Jennifer Aydin and Dolores Catania, who bring more benefits. However, it may be time for the women to take a short break so that the producers can regroup and make plans for the future. I hope these plans will include cosmetic repairs.

Steam Will Not Allow Discounts Of More Than 90% Or Less...