Home Entertainment Why the Motorola Razr 3 won’t be able to match the Galaxy... 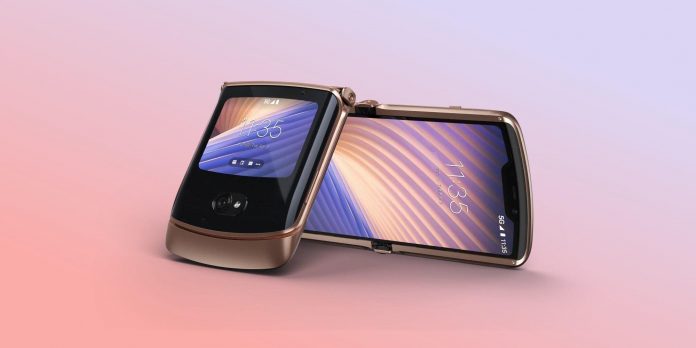 Motorola Razr 3 is one of two folding clamshell phones, the release of which is confirmed in 2022, but will it be able to compete with its closest competitor, Samsung Galaxy Z Flip 4? Motorola has been absent from the folding smartphone market for more than a year. Its latest model was the Razr 5G, released in September 2020. However, a statement by one of Lenovo’s executives in December 2021 showed that the new Razr model would be released in 2022.

On the eve of the release of both phones, several leaks have appeared, from which it follows that Motorola and Samsung are planning to upgrade their next-generation folding clamshell phones. However, a study of existing details shows that the Motorola Razr 3 may not match the Galaxy Z Flip 4. A recent leak from a Weibo Digital Chat Station user revealed some key characteristics of the Razr 3, and according to him, the phone will have a 6.7-inch FHD+ display with a 120 Hz refresh rate and a central hole for 32-megapixel front-facing camera. In addition, Motorola has added a 50-megapixel primary sensor and a 13-megapixel secondary sensor for rear cameras, most likely with an ultra-wide lens. The leak also mentions that it will have a Snapdragon 8+ Gen 1 chipset, 12 GB of RAM and a 2800 mAh battery.

The Razr 3 battery is his undoing

On the other hand, reports have shown that the Galaxy Z Flip 4 will also have a 6.7-inch main display with a resolution of FHD+ and a refresh rate of 120 Hz. Samsung also uses the same Qualcomm chipset as Motorola, but with 8 GB of RAM and the ability to store 128 or 256 GB. The camera features will be carried over from the previous generation, which means a 10-megapixel selfie camera and a dual 12-megapixel rear camera. However, the most significant update is the battery capacity increased from 3,300 mAh to 3,700 mAh, as well as the charging speed from 15 watts to 25 watts. If these specs are correct, the Razr 3 has better cameras (on paper) and more RAM. Unfortunately, the Galaxy Z Flip 4 is inferior to it in terms of battery capacity. The 2800 mAh battery, identical to the 2020 Razr 5G battery, pales in comparison to the 3700 mAh Samsung phone battery capacity. This is even far from the Galaxy Z Flip 3 battery with a capacity of 3300 mAh, which, as the review shows, is one of the weaknesses of the phone. It’s amazing why Motorola ships a phone with such a small battery, as the screen is now larger compared to its predecessor’s 6.2-inch display.

Another area where the Galaxy Z Flip 4 is likely to gain the upper hand is its price. Motorola will sell the Razr 3 for 1,149 euros in Europe, according to CompareDial, and although this price is lower than the price of the Razr 5G at 1,399 euros, it is still higher than the starting price of the Galaxy Z at 1,099 euros / $ 999. Flip 3. Therefore, if Samsung decides to keep the same prices for the Galaxy Z Flip 4, it will lower the price of the Razr 3. Of course, Motorola’s prices can be justified by better cameras and more RAM. However, battery life will be an important factor for buyers. In addition, Samsung has better software support than Motorola. For example, the Razr 5G has not yet received an update to Android 12, although it has been confirmed that it is eligible for an OS update. So while the Razr 3 and Galaxy Z Flip 4 will be released with Android 12 out of the box, Samsung’s promise of four OS updates and five years of security updates will give it an extra point over Motorola’s foldable phone.