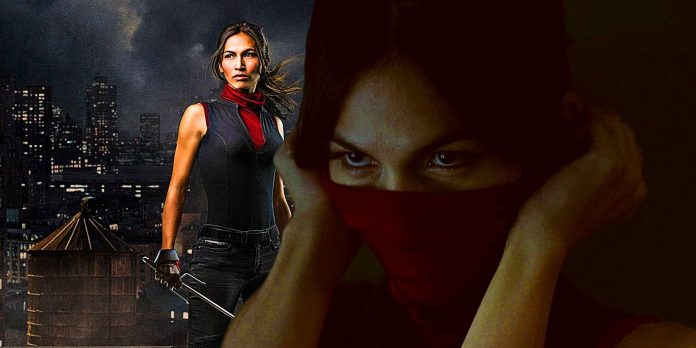 It is reported that the series “Daredevil” is in development for Disney+, and it would be better for the MCU not to return Elektra Nachios to it. After years of speculation and wishful thinking, Charlie Cox’s Daredevil finally appeared in the MCU movie Spider-Man: No Way Home. A week before, Wilson Fisk, played by Vincent D’Onofrio, appeared in Hawkeye, essentially assuring that Daredevil and his world of characters will have a future in the MCU after the cancellation of the Netflix series.

At the moment, it is still not clear whether “Daredevil” and other shows of the so-called “Defenders” saga are considered the canon of the MCU. Kevin Feige and the actors involved diligently did not make any definite statements, and there is nothing in “No Way Home” or “Hawkeye” that would confirm both options. However, even if the MCU never confirms the Netflix Marvel series as canonical, it is quite possible that the franchise will avoid serious contradictions with the story of Matt Murdoch in the highly acclaimed series “Daredevil”. Instead, Daredevil’s journey will likely begin anew, now that he can interact with other MCU heroes like Spider-Man.

In this scenario, it would make sense for the MCU not to return to Elektra — even if she is an important part of the Daredevil myths and the Marvel universe as a whole. Unlike Matt and Fisk, who kind of ended their stories in the Daredevil series but were still alive, Elektra seems to have died at the disappointing end of The Defenders. Bringing in a character who was presumed dead wouldn’t be anything new to the MCU, but it would make this the second resurrection of Elektra in a row, which could undermine an important part of Matt’s story in the Defenders saga. On top of that, Netflix’s Daredevil look at Elektra hasn’t gotten as much recognition as what the show did with Matt Murdock or Wilson Fisk, mostly due to changes in Elektra’s origins. So going all the way through revisiting a major death just to revisit this version of the character might not be worth it for the MCU.

While the MCU can still try a soft reboot of Elektra and dismiss all of her criticized origin stories, it will shed even more light on the debate over whether the Netflix Daredevil universe is canon or not—something the MCU seems to be trying to avoid. As exciting as Elektra’s interactions with other Marvel characters are, the MCU’s focus should be on the Daredevil’s new path in the franchise, which involves finding new stories and emotional stakes for Matt Murdoch. Of course, Kingpin was also returned, but his story at the end of the 3rd season of “Daredevil” was much easier to continue than the story of Elektra.

Elektra’s complicated origin by Hand, as well as her apparent death in The Defenders, make her return to the MCU not a very good choice. It’s still hard to say whether other characters from the Marvel series from Netflix will join Daredevil and Kingpin in the MCU, but the Disney+ Daredevil series, which is being reported, will most likely try to find its own identity, and not copy what it was before. In any case, it will be interesting to see how events will develop now that Daredevil has become part of the MCU.

The legacy of Hogwarts: what is a kelpie?