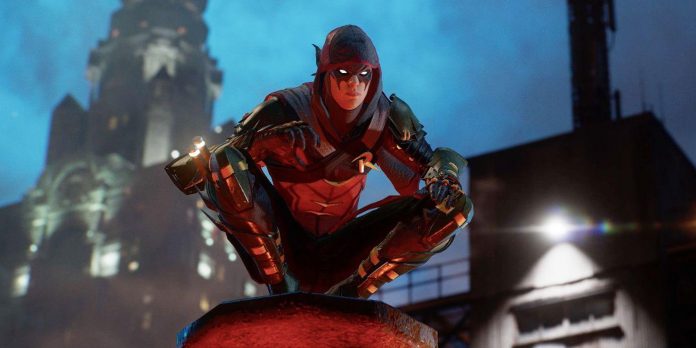 The upcoming Gotham Knights seem to have created the most modern and technically impressive version of Gotham City to date, surpassing the environment from the Batman: Arkham series. The game, unrelated to the upcoming Gotham Knights TV series, tells about the Dark Knight’s allies, namely Nightwing, Batgirl, Robin and Red Hood, who seek to preserve peace after the death of Batman and Commissioner Gordon. Warner Brothers Games seems to be taking the positives of Arkham games (the team also worked on Arkham Origins) and its open-world view of Gotham, and improving it with upgraded technologies and mechanics that were not previously available in the Batman-based. game.

The introduction of a large city to explore in Arkham Knight prompted Rocksteady to allow players to use the Batmobile to move around the map — and Gotham Knights seems to be expanding this idea even further. Instead of a batmobile, players will be able to travel around Gotham City on another classic piece of Batman gear – a batcycle. The decision to switch from the Batmobile to the Batcycle is not just a narrative decision, as it has already been confirmed that Gotham Knights are not connected to the universe of the Arkham Trilogy, but rather may suggest that the Batcycle will be used to pass through smaller and narrower areas of the map.

By topic: How the open world of Gotham Knights will evolve along with the story

As with the Arkham trilogy, much of the story and exploration will take place in the darkness of Gotham, and it has been suggested that the city of Gotham Knights will be the largest of all Batman games. Producer Fleur Marty described the world in an interview with Game Informer as a “very dense and vertical city,” and the trailers show Nightwing using his Flying Trapeze glider to fly over buildings and landscapes. Robin will also be able to teleport over short distances, using the Justice League satellite as another means of transportation across the landscape of Gotham City.

Gotham Knights Will Have Batman: Arkham With an Open World That Didn’t Exist

The criticism of the Batman: Arkham trilogy cards was the lack of interaction with civilians and non-player characters in the game world, and despite a reasonable explanation for why the public is absent from the narrative, it still left the feeling of the city empty. However, Gotham Knights will feature a large selection of non-player characters, most of whom will have fun late at night and work the night shift (thanks to missions performed in the evenings). It has also been suggested that different areas of the city will have different demographics, and some areas will be more dangerous than others, which will finally give fans of Batman and the Gotham Knights a Gotham worth exploring.

It is obvious how much effort and care WB Games has invested in the upcoming reproduction of Gotham City, and the map promises to be the most impressive version of the famous place to date. The modernization of the ways of circumvention and their diversity, the increase in the number of NPCs and the improvement of their behavior, as well as the introduction of a dynamic weather system that will bring torrential rains and thunderstorms to Gotham City at night – all these are means that promise to bring about an exciting and memorable map. It is hoped that Gotham Knights will finally give Caped Crusader fans the virtual Gotham City they have always dreamed of exploring.

Arnold Schwarzenegger’s son Joseph Baena gives an idea of what it...