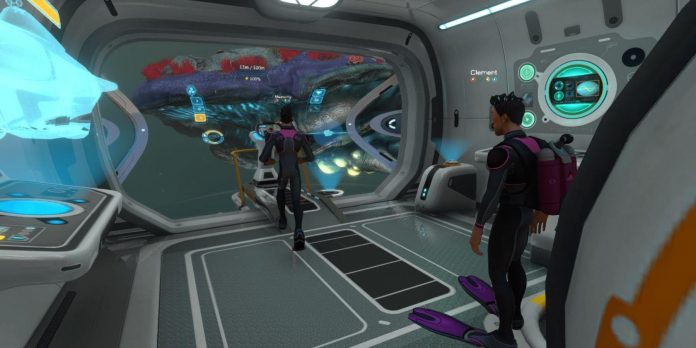 Most players will agree that Subnautica and its sequel Subnautica: Below Zero are not typical survival games. They mix the rich and unique environment of the ocean with the underlying fear of what lies deeper. But unlike other survival games, the Subnautica series is designed for only one player, deviating from a significant part of the gaming industry that embraces multiplayer or collaborative gameplay styles. Other games, such as Raft or Grounded, which are offered by like-minded people, may include multiplayer options, so the Subnautica series stands out from its competitors.

However, the lack of the possibility of a multiplayer game, even if it was limited to a few select players, brings with it more disadvantages than advantages, and throws Subnautica back compared to other survival games. Despite the fact that the series remains strong thanks to its latest Subnautica: Below Zero, which is different from the original, the developer of Unknown Worlds Entertainment needs to start considering expanding the horizons of Subnautica for future games. One such improvement should be the inclusion of a cooperative system that allows players to invite friends to join them on their deep-sea adventures and build underwater bases together.

Reason Co-op is not yet in Subnautica

In short, for a small developer, multiplayer or cooperative modes are not a priority, as he continues to work, fix and update his games. However, this does not mean that players will never have the opportunity to play Subnautica as it was originally conceived, since the modder community came to the rescue. Although it’s not official, there are mods for Subnautica that introduce multiplayer features, and while they are prone to strange crashes, they demonstrate the potential of the franchise if it finally returns to a proper multiplayer mode.

The multiplayer game Subnautica of the future

Whether there will be a multiplayer mode in future Subnautica games still depends on Unknown Worlds Entertainment, but given the stated level of work that will be required to convert the current formula, this is unlikely. However, the developer should at least reconsider the idea of working with Subnautica modder communities or even with third parties to find a way to officially enable multiplayer mode, as this can greatly benefit the game. This will not only move Subnautica forward to match other survival games, but also add depth to new features.

While it can be argued that by focusing on single-player gameplay, Subnautica is able to provide a honed narrative experience, other survival games have nevertheless achieved this and at the same time still include multiplayer and cooperative modes. For example, Grounded is a great example of a survival game that is designed for a wide range of players and at the same time is a narrative, especially considering that the full release of Grounded is expected at the end of this month. Even in the case of early access, creating survival games from scratch with a multiplayer game in mind works.

By allowing multiplayer or cooperative modes in future Subnautica games, players may be interested in playing with friends as the gameplay will be shared and developed. Even limiting this multiplayer game to four players or less will be more than enough to encourage players to become more creative and involved in the game. For example, some players may delegate roles from collecting resources to building a base, while others may insist on going on team expeditions, diving into the depths of the oceans. For a single player, all the fun, work, discoveries, victories and defeats in Subnautica are limited to only one single experience, but the multiplayer game will allow you to make new joint adventures.