Home Celebrity Why the fans are upset with the masked man 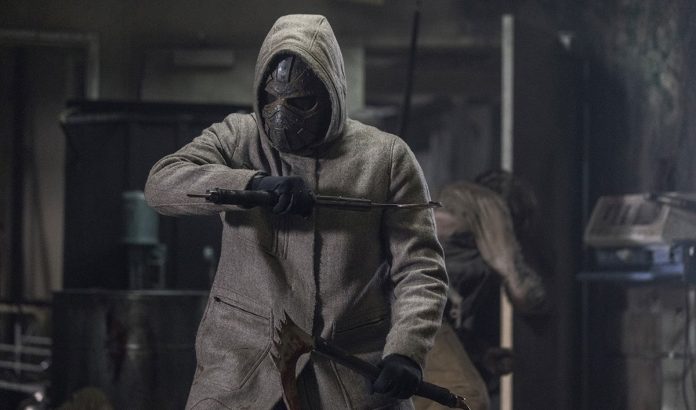 Although the 6 additional episodes of the tenth season of The Walking Dead will be released in a few days through the AMC channel, the United States transmission platform AMC + has already anticipated.

Fans who have already enjoyed the first of the six episodes, titled “Home Sweet Home,” are feeling a bit upset with one of the new characters. it is about the mysterious masked man who first appeared in episode 16 of season 10 “A Certain Doom.”

As is known, Elijah is loyal to Maggie whom he helped defeat the zombies. The first additional episode will tell the story about how the connection between both characters happened and where they come from.

Yet despite Elijah seemingly on the side of the good guys on The Walking Dead, and for all of his fighting power and the importance of the character, some fans were annoyed by his characterization, specifically his iron mask. .

It turns out that some fans of The Walking Dead took to social media to express their impressions of the character and his iron mask. They believe that the mask will bring more problems than benefits in the plot of the zombie drama. This was commented by fans on Reddit:

See Also
What will happen between Maggie and Negan

“It’s not practical to wear a mask like that while trying to be on the lookout for enemies and zombies.”

“This mask affects vision, hearing and smell just so it can ‘look fancy.’

“I thought he was wearing this mask because his face was disfigured or something. But he took it off and nothing happened to his face ”.