Home Entertainment Why the Cyberpunk 2077 Prologue Is So Much Better than the Rest... 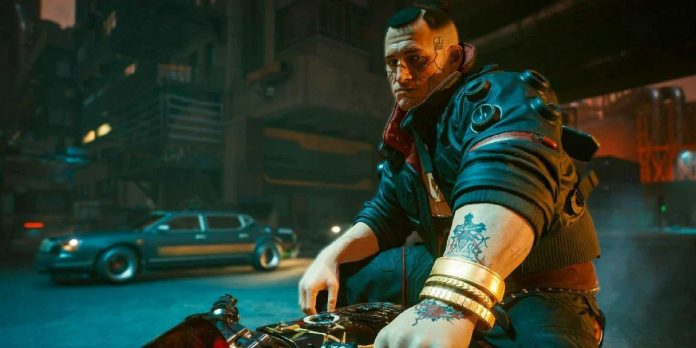 It’s fair to say that the ambitious futuristic first-person shooter Cyberpunk 2077 from CD Projekt Red did not start in the best way. Cyberpunk 2077, riddled with bugs to the point that some considered it unplayable and lacking some promised or expected features at launch, fans quickly got angry at Cyberpunk 2077 and its fate seemed to be sealed. But gamers also love the comeback story, and almost two years after the ill-fated launch, Cyberpunk 2077 seems to have regained its player base with extensive updates and fixes. It may take longer to restore fans’ faith in the studio, but CD Projekt Red is definitely moving in the right direction.

Despite the difficult launch and various controversies surrounding the game, players have other concerns about the gameplay of Cyberpunk 2077. Now it can be considered a great game thanks to some transformative updates after launch, but there are a few fans who consider it the best in the first moments. The passage of the Prologue shows the Night City in all its glory, and some believe that the rest of the game does not quite match it.

Much has been made of Lifepaths Cyberpunk 2077 before the launch of the game. Although the decision between Corpo, Nomad and Street Kid did give players unique opportunities and offered different dialogue options throughout the game, the differences were pretty minor when Cyberpunk 2077 really started. However, the prologue was definitely a moment when the player’s choice seemed meaningful, and it helped them create a backstory for their individual V and concretize the character.

The prologue also paid a lot of attention to Jackie Wells and his friendship with Vee — perhaps one of the most sincere and authentic moments between the characters in the game. Despite the fact that gamers were not able to explore the diverse wonders of Night City for their own pleasure, as they would have done when the prologue came to an end, it was actually really nice to see a piece of the city through a more curated gameplay section. .

The prologue was an action-packed and intriguing start to Cyberpunk 2077, and it effectively showcased the society, setting, and atmosphere of Night City, while at the same time giving players something to do and something to do. The gloomy tone was immediately established, and the players were introduced to the world of Cyberpunk 2077 and shown their place in it.

Cyberpunk 2077 has a lot to offer besides the prologue — it’s an extensive, sprawling game with unique side missions and several exciting main quests. However, the Prologue may have the kind of power that the rest of the game lacks. This is a chance for the player to form his Vi and establish a key relationship, and even in a short period of time it creates a plausible connection between V and Jackie, so that the death of the latter at the beginning of the game seems like a real loss. In the rest of Cyberpunk 2077, Vi seems to be a much cleaner slate, even if he can establish relationships with other characters and participate in some entertainment activities with rebellious rocker Johnny Silverhand.

The freedom of Night City and the Badlands, as well as picking and choosing missions and viewing everything the setting has to offer, is a really fun aspect of Cyberpunk 2077. Technical problems and bugs have started to appear as the whole Night City becomes available. Sometimes there is too much to see and do, and players crave a more manual style of the game’s opening moments when they can still experience Cyberpunk 2077 in all its glory, but through a much more focused lens.