Home Entertainment Why the creation of Deadpool 3 officially MCU Canon will Correct the... 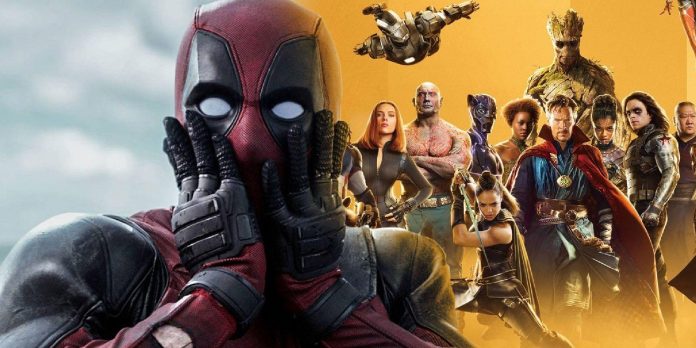 Deadpool is now officially part of the MCU, and while Wade Wilson’s signature style may contradict many of the franchise’s previous films, turning “Deadpool 3” into canon may be exactly what the MCU needs. Until 2019, the chances of Deadpool appearing alongside Thor and Doctor Strange seemed almost incredible. With the rights owned by Fox — and with the studio’s two most popular superhero films already shot — Deadpool found himself in a completely different universe than in the MCU.

This universe, also containing the X-Men, was constantly compared to the MCU by its very genre. While Fox productions such as X-Men: Days of Future Past were undoubtedly a success, the mutant-centric universe was generally considered inferior to the MCU, which prides itself on its continuity. That was until Disney bought Fox and subsequently acquired ownership of the studio’s properties, including Deadpool and the X-Men. This means that the chances of a crossover are now not only possible, but almost guaranteed.

Kevin Feige has announced that “Deadpool 3” will be officially released by Marvel Studios, which will apparently unite two tonally opposite universes. While it may seem that this contrast will create a tonal anomaly for the MCU, such an addition may be exactly what the franchise needs. One of the biggest complaints about the MCU is its almost unwavering tone, which, with the exception of some exceptions, such as “Thor: Ragnarok” and “Spider-Man: Homecoming”, characterized phases 1 to 3 as particularly serious interspersed with comical jokes.

While “Deadpool 3” is certainly aimed at a more mature audience, “Deadpool 3” will help unbalance these complaints by bringing much-needed stylistic diversity to the franchise. Like many other Marvel parts in the MCU, “Deadpool 3” will undoubtedly remain a comedy first and foremost. Wade Wilson’s trademark sarcasm and adult humor helped set “Deadpool” and “Deadpool 2” apart from the crowded superhero landscape, and the third installment could do the same in the MCU.

By including “Deadpool 3” in the official canon of the MCU, the studio will be able to give the franchise a level of tonal diversity and ensure that Phase 4 will not suffer from the same complaints as the previous ones. By introducing the character to the MCU with the continuation of his own franchise, Deadpool won’t need to squeeze into a future release with multiple heroes, but instead he’ll be able to stay in the tonal environment he’s best suited to. This doesn’t mean Deadpool will never appear in the same movie as some of the new MCU heroes, but it should only happen when the writers find a strong enough way to bridge the gap between Fox’s adult humor and MCU jokes.

Confirming that the acquisition of Deadpool by Marvel Studio will not change his signature tone and comedy, Kevin Feige clearly understands the strong prospects that bringing Wade Wilson to the MCU provides for the continued growth of the franchise. Deadpool doesn’t have to be toned down to fit the superhero movies around him, and the broader MCU doesn’t have to take a more adult approach to accommodate this new arrival. Instead, by making “Deadpool 3” part of the MCU canon, the franchise can show that it is ready to grow and bring a greater level of diversity to its characteristic tonal uniformity.