Home Entertainment Why the Best Forgotten Feature of “Star Wars” Could Be the Perfect... 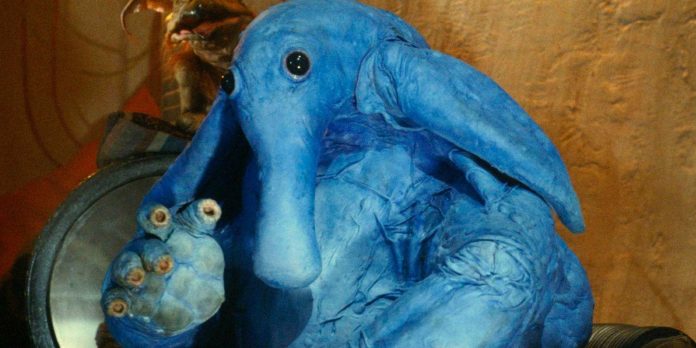 In Star Wars, music has been one of the best features ever since the original film; now the almost forgotten spin-off could be a great opportunity to explore musical culture in the George Lucas galaxy. There are so many interesting stories that could be told through the eyes of a musician about fame, the pursuit of a dream, the media and censorship. In combination with the setting and alien cultures, a series about music can create something truly unique.

The music in “Star Wars” covers the entire spectrum: from the orchestral “Duel of Fates” to the cult “Imperial March” and even the Christmas album. There are also many variations in the universe with genres such as rock, presented in “Star Wars: Visions”, pop, which can be heard in Disney’s “Galactic Star Cruiser”, and, of course, the alien sound of “Jizz-Wailing” from the Mos Eisley cantina. There were whole albums, such as the soundtrack to the movie “Shadows of the Empire”, dedicated to introducing viewers to the galaxy and immersing them in this experience.

“Star Wars” is now more than frontline battles, aerial battles in space, or even the legacy of the Jedi, and although the characters are very similar to humans, they are not earthly. There is a whole galaxy of alien cultures, and studying them with the help of art is an angle that was missing. There are already so many characters and ideas that they could develop with music as a focus. With a lot of creativity and the right talent, new adventures are waiting for you, ideas to explore and the opportunity for some truly unique sounds.

There are already characters in the “Star Wars” myths that are perfect for a musical journey. For example, there is the rock band Star Weaver from “Star Wars: Visions”, the short film “Tatooine Rhapsody”. Consisting of charming characters, a good story and a funny premise, when fans demanded an encore, their one-hit wonder episode is coming to an end. There is also Gaya, whose music was remixed in Oga’s Cantina DJ R-3X. Headlining as a “galactic superstar” aboard Disney’s Galactic Starcruiser, there’s little to say about who she is or her nebulous connections to the underworld. Finally, there’s the Jedi Avar Criss, whose ability to interpret the Force as music seems wasted in Star Wars: The High Republic. Disney already has great ideas for work and, possibly, for implementation, they need a platform for a spin-off on a musical theme.

In the past, the series has explored art, culture and self-expression through Sabine Ren from Star Wars: Rebels, a Mandalorian artist. Why not do something similar with censorship and military propaganda during the occupation of the Empire, looking at how a small group becomes the voice of the Uprising, chasing their star. Study the consequences they face and how powerful the media can be when they reach out to people. Turn on a soundtrack similar to “Shadows of the Empire” to complete the dive. Otherwise, the series could also explore the galaxy from the perspective of someone like Avar Criss, who has learned that every sound tells a story and that through them one can perceive and control the Force. Show what happens when the dark side gets involved and creates a cacophony of madness to create a new galactic threat.

As Disney continues to search for new adventures in the world of “Star Wars,” there are so many possible ideas in the concepts of sound, music, and the commentary surrounding them. It’s time for the series to change its tune and let another story take center stage.

“Friends” Co-Creator Martha Kaufman Says It Was a “Mistake” by Chandler’s...