Home Netflix Why the actor of “Stranger Things” Matthew Modine felt a “desire to... 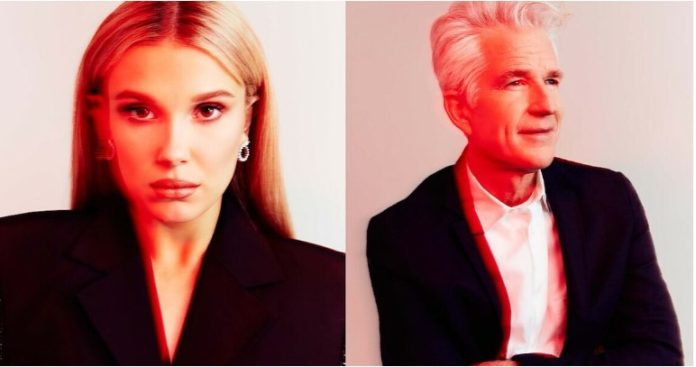 Matthew Modine felt like a patron of Millie Bobby Brown. The two actors are part of the Netflix sci-fi series “Stranger Things.” Along with the success of the series, the cast also achieved huge success. Although the series is known for its dynamic young actors, its adult cast was also appreciated.

Brown was cast for the role of Eleven in her early teens. Her character in the series has psychokinetic abilities, and the heroine Modin is a team villain who conducts laboratory experiments on young children, including Eleven. Despite the dynamism of their real life, Modine defends the young actors of the series, and he explains why.

What did the actor of “Stranger Things” Matthew Modine say about the partner in the film Millie Bobby Brown?

Millie Bobby Brown gained fame at a fairly early age. Although she enjoys her freedom, many child actors have spoken about the traumas and problems of early fame. In an interview with the Guardian , Modine said: “I wanted to protect her. When I was a young actor, if you had a show that was successful in 20 or 30 countries around the world, it would be incredible.”

The actor also added that Netflix has coverage in many countries, which makes these actors more famous. So, he wants her to understand how the fame game works.

According to him, the reach that the cast of “Stranger Things” has achieved is like never before, especially how quickly and widely young actors have been introduced through the streaming platform. But it’s also a roller coaster. He says that the adoration and love they receive may just be an empty attraction, because they are not meant for them, but for fantastic characters created by the creator.

His character, Dr. Brenner, died in the fourth season of the series along with Eddie Munson and Jason Carver. Although Matthew Modine may not return to the series, he is still a favorite character of the series.

What do you think about his opinion of fame in relation to Millie Bobby Brown? Do you agree with him? Let us know in the comments.

5 Things to Know Before Streaming the documentary “Fifa Uncovered” on...

How a fan was inspired to create a Super Mario character...