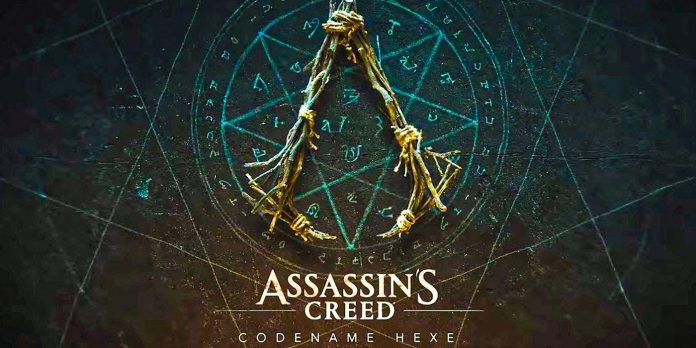 However, it doesn’t seem to have taken fans long to sort out these teasers for Assassin’s Creed Hexe. In addition to the main teaser trailer, there have also been several events on social networks and in the company that show how different this name can be. For example, Ubisoft has confirmed that AC is not a role-playing game, but also does not look like an adventure game. It definitely exudes the atmosphere of a horror game, and while it may not be a horror game, it seems to explore dark times for the Brotherhood.

We are analyzing the AC Hexe setting in Germany

Fans have come to the conclusion that the action of Assassin’s Creed Hexe apparently takes place during a witch hunt in 16th-century Germany, which takes place during the reign of the Holy Roman Empire. Not only does this trailer perfectly match this aesthetic, but the codename Hexe itself means “Witch” in German. Fans also discovered that the letters around the logo do not belong to the Isu language from Assassin’s Creed, but to the alphabet of the Magi, which further strengthened it during this time period.

The witch trials of this period were among the largest in history: thousands of people were executed in the late 16th and early 17th centuries. This is just a guess, but given the Templars’ need for control, it goes without saying that they will manipulate the fear of the crowd and use it to hunt assassins in Germany. So it can highlight one of the darkest periods of time for the Brotherhood and create a unique gameplay if everyone thinks the assassins are witches.

In itself, this may be quite promising, but along with the news that AC Hexe is not a role-playing game, other discoveries have appeared. First, Darby McDevitt is working on Assassin’s Creed Hexe as a screenwriter. His influence on the franchise cannot be underestimated, as he was not only the screenwriter of AC Valhalla, but also the lead screenwriter of Black Flag, Revelations, Discovery and Bloodlines. Also, Ubisoft teased us that Assassin’s Creed Hex has a female protagonist, and given Ubisoft’s history of suppressing female characters, this seems like a step in the right direction for the game and the company.

It seems that Ubisoft may have found a way forward for the franchise, but focused on it and provided fans with a more diverse experience beyond the 150-hour role-playing games (as also said, future Assassin’s Creed games will be shorter). Covering the entire franchise, it seems that everyone will find something a little bit, and then some. Summing up, we can say that AC Hexe sounds like a game set in 16th-century Germany under the direction of women (a setting that no one expected), but it’s not a role-playing game. And that sounds incredibly promising.

Assassin’s Creed Hexe is in development.