Home Entertainment Why the 4th season of “Welcome to Plattville” changes the opinion of... 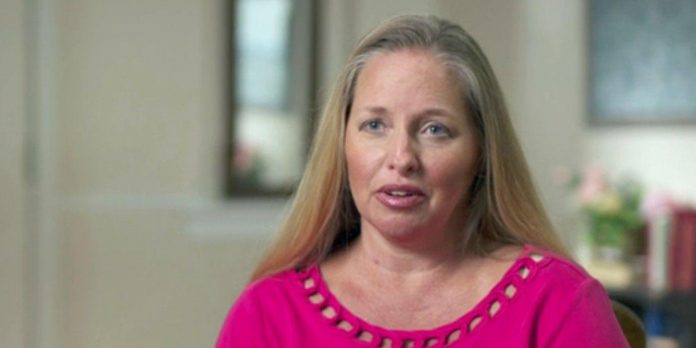 Kim Plath from “Welcome to Plattville” has divided fans as they begin to change their minds about her. This season, the mother of nine children has undergone an unexpected transformation. While some fans think she’s changing her lifestyle for the better, others aren’t so sure.

Kim’s narcissistic and selfish behavior undoubtedly exposed her in a villainous light. Her need for control and manipulation was not liked by the audience. Instead of encouraging and supporting her children in their hobbies and interests, she was more concerned about ensuring that every aspect of their lives met her standards. Now it seems that the “Welcome to Platteville” star is doing the exact opposite. Kim was more interested in who she was, besides being a wife and mother.

Related: Fan Theories about Kim’s Transformation into “Welcome to Platteville” in Season 4

The strict rules she once adhered to no longer apply, and her firm conservative Christian views are no longer the driving force behind her behavior. Kim gives herself the freedom to open her own dance studio, make friends and focus on her physical and mental health. Some fans are happy to see that Kim has changed and realized that she needs to find what she really wants from life. SnooWords7213 launched a thread on Reddit dedicated to the discussion, writing: “I really feel for Kim, because she got into an unhealthy situation, and only after 9 children she realizes the problems.” Talking about the first years with her husband Barry Plath during “Welcome to Plattville” season 1, Kim explained that before any conversation or mutual interest, God revealed to both Barry and her that they were going to marry each other.

While some fans of “Welcome to Platteville” believe that Kim may have rushed to marital bliss with Barry in order to have a stable and happy life, others did not feel such sympathy. Some believe Kim should take responsibility for her actions and the problems she caused. Many people don’t understand why Kim is walking away from everything she fought so hard for, and why she ruined her relationship with her children. Another Reddit user, maaalicelaaamb, shared the thread, saying, “I have NO sympathy for this selfish cow. She raised 9 children on a lie that she never believed enough to follow herself.” Before settling down and starting a family, Kim, according to her, had a crazy streak, and she loved parties and drinking, which often led to dangerous situations. After meeting Barry, the Welcome To Plathville star turned her life around and never looked back.

It looks like these carefree fun days aren’t exactly in the rearview mirror, since Kim is clearly enjoying her space and no longer feels bound. The most surprising thing for fans of “Welcome to Plattville” is that Kim still has young children at home, but they don’t seem to have any priority in her life. Unregistereed also commented, writing, “Kim pretends that a lifestyle based on finances, ‘let out as many kids as you can,’ was just a stage for her, and now she’s outgrowing it. And it’s really sad for the youngest children. , especially.” Kim still has responsibilities, but she leaves everything to Barry. Although Kim has undergone a transformation, it doesn’t seem like everything is for the best, and some “Welcome to Plattville” fans are more upset than ever. Her marriage to Barry is falling apart, and she blames him for the state of their relationship.

The new life Kim is building is more important than her family, leaving viewers disappointed. It’s hard to say what mom, who became a reality TV star, is going to do next. One thing all fans can agree on is that the new season of “Welcome to Plattville” is heading in a direction they didn’t expect.