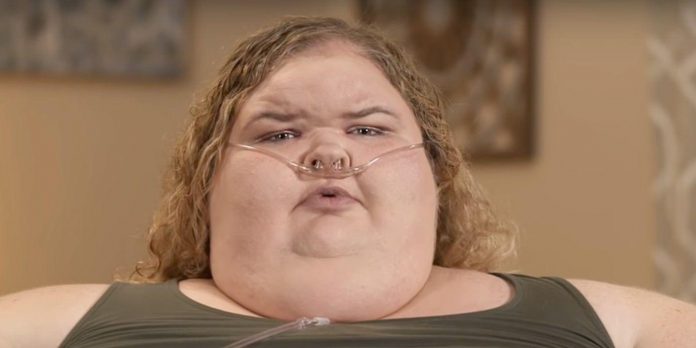 Tammy Slaton is no stranger to setbacks, and viewers of the 1,000-pound sisters learned that her life-saving surgery had been postponed. The Kentucky native has been leading a healthier lifestyle since he entered a rehabilitation center in Ohio. Now she’s one step closer to losing even more weight.

It’s fair to say that Tammy didn’t have the easiest life. From a sad childhood to being overweight in adulthood, not everything went her way. Tammy’s weight has put her health at risk many times. In fact, she ended up in a rehabilitation center after almost dying. While fans empathized with the TLC star, it was difficult for some of them to support her, as Tammy rarely tried to change. After months of hard work, Tammy is finally starting to reap the benefits. Finally, she can be one step closer to losing weight.

Fans of the 1,000-pound sisters received an update on Tammy’s health from The Sun, and the publication reported that she is scheduled for gastric bypass surgery in the last week of July. The operation was originally scheduled for June, but the date was changed due to scheduling issues. After the life-saving surgery, Tammy is expected to return to a rehabilitation center in Ohio, where she can focus on her recovery before returning home to Kentucky. Tammy’s sister, Amy Slayton Holterman, also underwent surgery and received positive results.

Bypass gastric anastomosis surgery will make Tammy lose weight faster. The operation will help Tammy quickly lose extra pounds, as doctors will make sure that her stomach can not accommodate so much food. The operation is performed only for those who are very overweight, and Tammy belongs to this category. Her highest recorded weight was 639 pounds. The reality TV star has faced many obstacles, including her own bad attitude. She often lashed out at her family and dated men who were “feeders.”

Now the 1,000-pound Sisters star is looking forward to a bright future. Tammy’s near-death experience left her traumatized and ready to start a new life. Tammy has already hinted to her supporters that TLC cameras have started filming the fourth season, and the main storyline will be the operation. She was banned from saying anything else because of her NDA, but fans are finally looking forward to Tammy reaching her goal and starting to live a much healthier life. Fans are sure that Tammy will report this after the procedure is completed.

How Minecraft Mechanics Can Affect the Legends Action Strategy Genre

Express of Tomorrow: everything about the end of season 2