Home Entertainment Why Super Mario chose Chris Pratt for the role of a beloved... 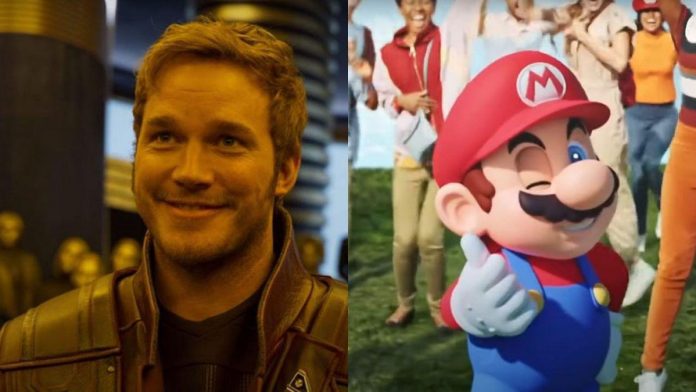 Nintendo fans were thrilled when it was announced that the video game company had signed an agreement with the creators of Despicable Me Illumination to turn the Mario game icon into an animated film. This excitement turned into confusion for many when the cast of the Mario movie was announced, and it turned out that the main character would be voiced by Chris Pratt. But the head of Illumination swears that Pratt is the perfect choice.

Chris Pratt has starred in major blockbusters, from Guardians of the Galaxy to Jurassic World, and voiced animated characters in films such as The Lego Movie. Pratt certainly has a lot of fans, but I must say that he is not the first actor that fans will think about when dreaming about casting an Italian plumber from Brooklyn. However, in a conversation with Variety, Illumination CEO Chris Meledandri said that the studio thought Pratt would make a great Mario, and so far he believes that the actor did just that, saying…

Chris was chosen because we felt he could play Mario perfectly. And now that we’ve done about 15 recording sessions and the movie is three-quarters done, I’m sitting here and saying that I like his acting as Mario… I think we’ll be fine. Especially because (Pratt) he showed such a strong performance.

In video games, Mario never has a special voice, but when he speaks, he does it with a cartoon Italian accent, which is voiced by voice actor Charles Martine. He was voiced by others for animated series, including Lou Albano, who gave Mario a Brooklyn accent because Mario’s brothers come from there. Bob Hoskins did the same thing when he portrayed Mario in live action, not that it helped since Super Mario Bros. live action. many consider it the worst video game adaptation of all time.

It’s hard to imagine Chris Pratt going with a serious Italian or Brooklyn accent, and fans are at least curious about how it all turns out. Some have gone as far as campaigning to replace Pratt with Mario. Of course, the rest of us didn’t hear what the CEO of Illumination heard. He could certainly be right, and Pratt was perfect for the role.

For his part, Chris Meledandri is of Italian descent and was born in New York, and the CEO of Illumination believes that the background gives an opportunity to make the right decision about Mario’s voice in a way that does not offend Italians or Italians. – Americans. Earlier, he also said that the film still includes an appropriate image because Charlie Day, who voices Mario’s brother Luigi, is of Italian descent.

The premiere of the Super Mario movie is scheduled for April next year, so it will most likely take a few more months before we get a trailer revealing Mario’s real voice in the film. As soon as this happens, perhaps all doubts about Chris Pratt in the role of Mario will be dispelled. If not, we can be sure there will be some strong opinions.