Home Entertainment Why Starlight had a nosebleed in the TV series “Boys” season 3... 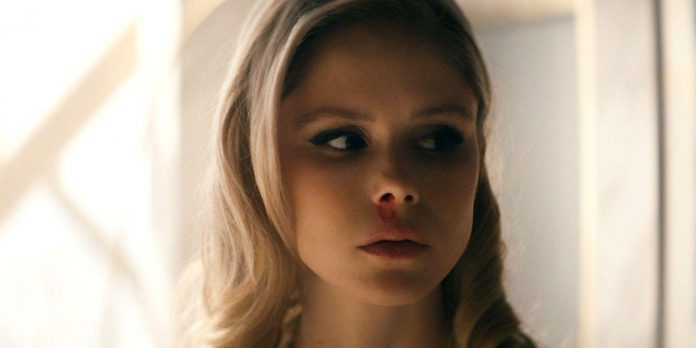 Why does Starlight’s nose bleed in the episode “Gerogasm” of the third season of “Boys”? Perhaps, contrary to expectations, the long–awaited “Gerogasm” of The Boys is not only how many boobs, balls and asses can be squeezed into one frame. The plot is also present, and one unnoticed side story is connected with Victoria Neuman and Starlight. The ever unlucky Huey Campbell found out Victoria Neuman’s secret identity as a super-popper in the season 3 premiere of Boys and, together with Starlight, discovered that “Nadia” Neuman was actually the daughter of Vought CEO Stan Edgar. They’ve been trying their best to avoid her ever since.

While Huey finds increasingly inventive excuses to skip work, Victoria Neuman was busy. Edgar tried to push his daughter to publicly condemn Homelander, but Neuman decided that the leader of the Seven, a sociopath, was a safer choice, and ruthlessly betrayed his old man. When Stan left, Neuman returned to politics in the episode “Gerogasm” of season 3 of “Boys” and turns to Starlight with a proposal. The offer is rejected, and Neuman admits that he knows that Starlight and Huey have revealed her real identity. The congressman leaves after warning Starlight to keep her eye-popping secret a secret, but when Victoria leaves, Annie feels a trickle of blood coming out of her nose…

Starlight’s nosebleed in the 6th episode of the 3rd season of “Boys” is a super-powerful warning shot by Victoria Neuman. From her explosive kill list in the second and third seasons of “Boys,” we know that Neuman mentally compresses the body parts she’s looking at, creating so much pressure that the target explodes in a spray of unidentifiable pink chunks. When Neuman killed Susan Raynor in season 2 of “Boys” and her childhood friend Tony in season 3, each of them had nosebleeds before they “burst”. Tony noticed in time and fought back, but both scenes demonstrate that when Victoria Neuman activates her superpower, the victim’s nasal blood vessels burst earlier than their skull.

Neuman doesn’t want to kill Starlight in the third season of “Boys.” As the congresswoman herself admits: “It would be very difficult to kill America’s lover.” Neuman doesn’t even care that Starlight rejects her political friendship or that Huey skips their morning sandwich meetings. But Starlight has an impressive track record of exposing fraudulent soups, from “Depth” in season 1 of “Boys” to “Storm Front” in season 2, and the only thing Neuman can’t stand is that her Connection-V secret becomes public. To make sure her warning is taken seriously, Neuman squeezes Starlight’s brain just enough to cause her to have a nosebleed, but backs off before doing any proper damage. It’s her way of silencing Starlight.

As the last moments of “Gerogasm” prove, Neuman’s trick works like magic. In the main twist of the third season of “Boys,” Starlight talks about a Homelander, a Wout, a Boy Soldier – about the whole sad situation. The only secret Annie doesn’t reveal in her resignation letter is that Congresswoman Neuman is Stan Edgar’s super daughter and a notorious thug. The feeling that a trickle with the smell of iron was flowing from her nostrils obviously reminded Starlight of her mortality and directed her to preserve Victoria’s secret. The congresswoman killer may not be as powerful as the Homelander on paper, but she is more intelligent, tactful and level-headed, which perhaps makes her the biggest threat in the third season of “Boys.”