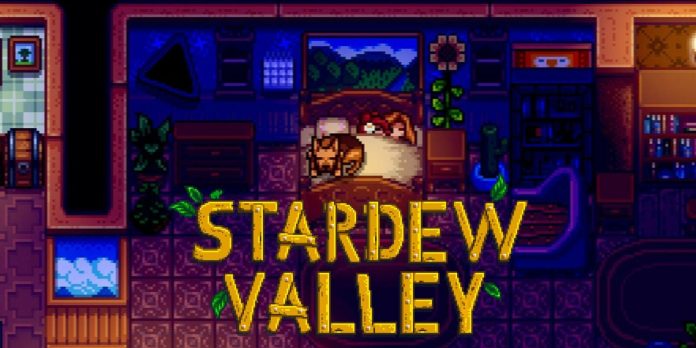 One of the best qualities of video games is their diversity. If players want to spend a few hours fighting their way through space, completing secret missions in underground enemy bases or cutting through hordes of fantastic creatures, they can do it. But there is also something that can be said about quieter games, in which life proceeds at a slower pace and the focus is on relaxation rather than high-octane action. The fundamental masterpiece of ConcernedApe Stardew Valley is just such a game that perfectly embodies a comfortable gameplay.

There used to be games like Stardew Valley, and many of them were inspired by her special style and sensuality after her release, but the impressive release of ConcernedApe does such a unique job of showing what a relaxing game should achieve. People who are not necessarily too familiar with this hobby often believe that video games are all guns and violence, but this is only part of a diverse and creative industry. Violent, action-packed games are available in abundance, and they can be incredibly fun and even thought-provoking in their own way, but in recent years there has also been an increase in smaller, less stressful games that are gaining popularity and offering players something different.

Modern life is already stressful enough, and many players do not need the additional pressure of problems in fictional game worlds that also burden them. That’s why games like Stardew Valley are so good, as they provide the kind of low-stakes gameplay that can still give players enough to entertain them without causing anxiety or adrenaline rush. Currently, there are many games that can be therapeutic, comforting and incredibly useful to distract from everyday life, for example, Thousand Threads, Lake and Eastshade.

Stardew Valley is also a pretty dominant game in this release category. Simplified, but creative and fun gameplay gives players the freedom to do what they want, whether it’s getting to know the townspeople, exploring different areas of the map or taking care of the farm. If they want a little more excitement, they can move around the caves and engage in light fights, but it never seems too stressful, and the biggest challenge is usually resource management.

Balance between challenge and stress

Colorful design, charming retro animation and a gentle story with amazing depth – all this makes Stardew Valley not only a great game, but also soothing. Stardew Valley is open, so while players are building their farm and trying to succeed, there are no set goals or endpoints per se that can help players move at their own pace and fully shape their own experience. It may seem repetitive, but that’s the beauty of it. It’s methodical as well as rewarding, and players can just exist in this beautiful microcosm of life and watch what happens if they want, or work on building a community of supportive characters and pastoral charm.

ConcernedApe’s farm simulator is one of the best examples of a soothing stress—free video game, and it’s no wonder why it has become so popular and still has a dedicated player base. As the next project of the one-man development team Haunted Chocolatier is just around the corner, fans are looking forward to even more of ConcernedApe’s signature comforting gameplay. The spiritual successor may have a slightly more creepy vibe, but from what players have seen so far, it seems like it’s in the same vein as the comfort-oriented Stardew Valley experience, and should be another effective balm against the anxieties of modern life.

Stardew Valley can be played on Android, iOS, Nintendo Switch, PC, PS4 and Xbox One.

Minecraft Java Bedrock will no longer need to be used separately

Why Welcome To Plathville Fans Blame Kim For the Whole Family...