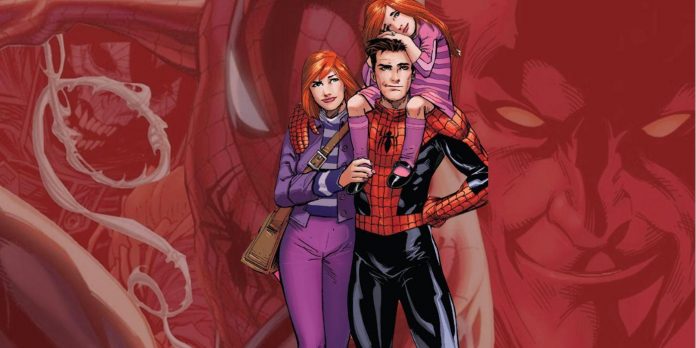 Spider-Man fans have been asking for decades why Peter and Mary Jane didn’t settle down, which was usually only shown in additional stories set in alternate realities, such as the Renew Your Vows universe. However, in a recent issue of Marvel Comics, senior editor Jordan D. White lays out the logic behind this choice, explaining that once Peter has a child, his sudden behavior as a hero becomes less justified.

Marvel or DC Comics superheroes very rarely have children. The logic is usually that once someone becomes a parent, their primary responsibility will lie with their children, so they are less likely to spend evenings risking their lives fighting with elderly gentlemen dressed as giant birds. In addition, it would be impossible to show the life of a superhero parent without focusing at least a little on his parental side, which may not be very attractive to the average reader of superhero comics. However, in the case of Spider-Man, most of his fandom has been demanding for years that he settle down and start a family. The reason is that Marvel made the mistake of actually giving Peter Parker a baby, and not once, but twice.

Link: Spider-Man is Better Off without Mary Jane, and Marvel Finally Knows It

Peter first tried to settle down in the 1990s. In what was supposed to be the finale of the clone saga, Peter and MJ move to Portland when she finds out she’s pregnant, and the Ben Reilly clone stays in New York and takes the mantle of Spider-Man. Then Marvel refused this decision. Suddenly, MJ loses the baby, and everything quickly returns to normal: the couple is still married, and Peter is back in the Spider-Man costume. Ten years later, Marvel editor-in-chief Joe Quesada felt that the dissolution of Peter and Mary Jane’s marriage was necessary to refresh the character and ensure his longevity in the future. The result was the controversial “One More Day” storyline, in which Peter makes a deal with Mephisto to save his Aunt May’s life, sacrificing his marriage to M.J. and the daughter they will have in the future. “One More Day” is absolutely hated by both fans and critics, even more than the end of the clone saga. However, in a recent interview with AIPT, Jordan D. White tried to explain that the problem of “superheroes can’t have children” goes beyond Spider-Man.

“In comics, having a child makes such a dramatic difference,” White said. “The format of the story so dramatically changes the responsibilities that the character has.” The discussion always comes back to Spider-Man because, according to White, “he was a character who was married and then got married. “Don’t do that.” The risk associated with work is simply too great for a father: “You can’t risk the father of this child as much as when he is single or even married without a child.”

While White’s logic is sound, it doesn’t fully justify “One More Day” (where Peter’s marriage was the victim, not his child). In addition, it does not fully take into account the criticism of fans regarding certain decisions. The problem is not that Peter doesn’t calm down, but that Marvel continues to portray Spider-Man as a loser, a male child, unresolved, immature and constantly failing. It is supposed that this depiction of Spider-Man makes readers communicate more, but in fact it causes frustration about the lack of character evolution. There’s an understandable reason not to let Peter Parker have children, but what fans really want is for Marvel to stop portraying Spider-Man as a loser and let him grow up as a man and as a character.