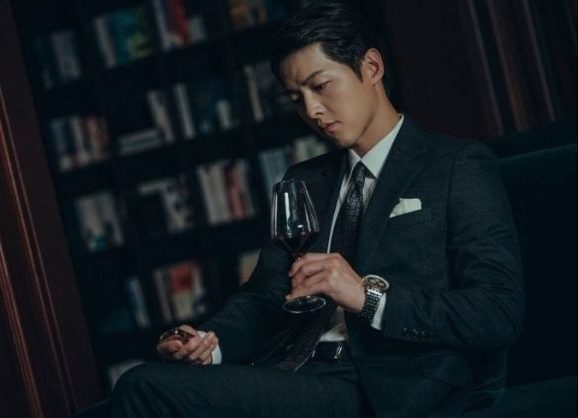 Set to premiere on February 20, Vincenzo, starring Song Joong Ki, revolves around what happens to Vincenzo Cassano, an Italian lawyer and mob advisor who is of Korean descent, adopted by an Italian family as a child. .

Vincenzo returns to Korea after a conflict within the Italian criminal organization. Meet Hong Cha Young (Jun Yeo Bin), a lawyer capable of anything to win a case and lock up criminals, especially those who believe they can’t be touched by the law and a slightly clumsy intern named Jang Joon Woo (2 PM’s Taecyeon)

The latest stills show Song Joong Ki as the elegant lawyer and advisor to the powerful Cassano family. His character reflects the tough appearance that logically a professional accustomed to dealing with high-profile criminal groups must have.

More plot details come to light as the production highlights that Vincenzo Cassano is a no-nonsense strategist with exceptional negotiation skills. He will become a dark hero who defeats evil with evil methods, especially when he hunts down a sinister criminal organization that took root upon its arrival in Korea.

Regarding K-Drama, the producers also released comments from their protagonist, Song Joong Ki, about the reasons that led him to agree to participate in the drama project.

“It felt great after finding the script for the first time. It was not a predictable story about good, about evil and the method of punishing evil felt very new and refreshing. I think viewers will be able to feel the same sense of catharsis”. Song Joong Ki said ..

The actor explained that even though Vincenzo physically looks like a Korean citizen, his upbringing and personality are deeply Italian. Circumstances have made him a lonely being who does not like to deal with people, until the events that he has to face generate a change in the way he sees his life.