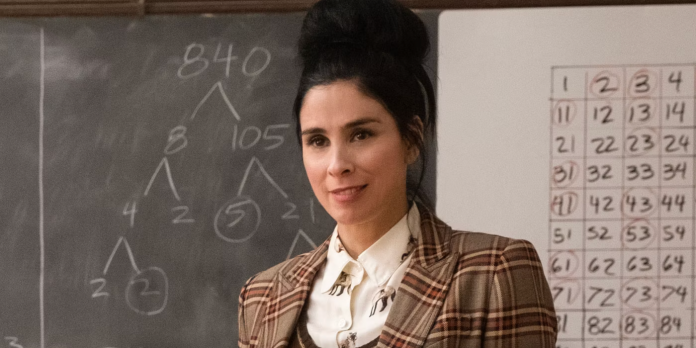 Despite the fact that Sarah Silverman was an award-winning comedian, actress, writer and producer, she was once fired from the popular NBC comedy show “Saturday Night Live” after just one season. Since 1975, SNL has been home to many famous actors and comedians, including Tina Fey, Will Ferrell and Jimmy Fallon. However, the series is no stranger to firing talents like Silverman. Other now successful actors, such as Chris Rock, Robert Downey Jr., Joan Cusack and even Adam Sandler, were fired from SNL.

After taking up stand-up at the age of 17, Silverman began working for SNL as a screenwriter, and at the age of 22 played the main role. Since 1993, she has mostly appeared in small roles in parodies, although she has also written for the show. Only one of her sketches made it to the dress rehearsal before it was thrown out before airing. In early 1994, after just 18 weeks, Silverman was fired from the show by fax.

Although Silverman joked in a sit-down interview (via Huffpost) that she didn’t write a single funny sketch for the show, she wasn’t fired for that. Silverman didn’t fit in with the popular “Bad Guys” from SNL, and he was hired during a time of widespread change for the show. “It’s not that I did anything wrong,” she began. “I was hired, and… I was, I think, the old guard last year, and [then] they started anew.” “Better Call Saul” actor and former SNL screenwriter Bob Odenkirk also said that Silverman has her own voice and remains herself even when playing a character, so he understands why nothing happened with SNL. Silverman simply lacked the experience and longevity needed to withstand the SNL format and its wide-ranging changes at the time.

What did Sarah Silverman do after the show “Saturday Night Live”

Despite being fired from her job at SNL, Sarah Silverman has had an impressive career, even playing several characters in The Simpsons. Since 1995, she has starred in the HBO sketch comedy series “Mr. Show”, and then, since 2007, she starred in three seasons of her Comedy Central sitcom “The Sarah Silverman Program”, for which her performance was nominated for an Emmy Award. Silverman also hosted the late-night Hulu talk show “I Love You, America” with Sarah Silverman from 2017 to 2018. Then, in 2020, after stand-up shows stopped due to the COVID-19 pandemic, Silverman launched the Sarah Silverman podcast, where she discusses her personal life, politics, current events and more.

Throughout her career, Silverman also continued to act in comedies and appeared many times on television and in movies, including in the films “Star Trek: Voyager”, “Seinfeld”, “School of Rock” and “Ralph”. Most recently, she appeared as part of the star cast of “Marry Me” led by Jennifer Lopez and Owen Wilson. Silverman also received two Primetime Emmy Awards: the 2008 Award for Outstanding Original Music and Lyrics for her Jimmy Kimmel Live! The song “I’m fucking with Matt Damon” and the special award “Outstanding Composition for Pop” 2014 for Sarah Silverman: “We are miracles.”

Although it ended abruptly, Silverman attributes his resilience throughout his long career to working at SNL. There doesn’t seem to be any bad blood, as she even returned to the show in 2014 as a special guest host. Being fired from “Saturday Night Live” after just one season may not have been what Sarah Silverman hoped this opportunity would turn out to be, but with an impressive career spanning over 30 years, she has become an extremely successful star in her own right.

Euphoria: Zendaya’s forceful response to those who criticize the drama