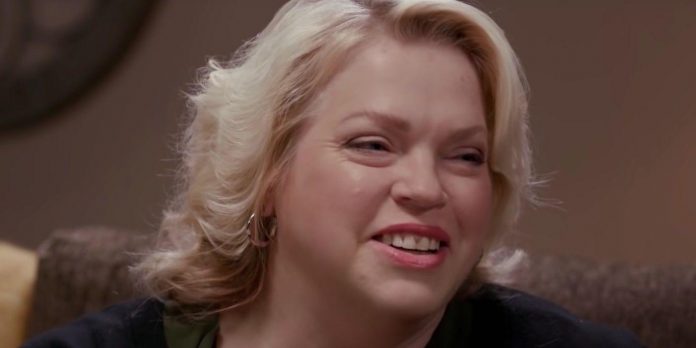 Janelle Brown from TLC Sister Wives has always loved the company of her children and is very glad that her son Hunter Brown is back near home. Janelle has never been a controlling parent, often allowing her children to leave the nest on their terms. Last season showed how she lived with her three children during the COVID-19 pandemic, while ex-husband Cody Brown wanted to kick them out.

Janelle, who may be depressed, is often called Cody’s most down-to-earth wife due to her balanced mindset. Janelle was first married to Mary Brown’s brother, but after she fell in love with Cody, all bets were off. After a brief courtship period, Janelle and Cody got married in a spiritual ceremony in 1993. Despite the fact that Cody was always in command, the recent season showed that Janelle stood up for herself and her children when it came to Cody’s strict rules regarding COVID-19. Instead of following Cody’s wishes, she made the best choice for herself and her children, which caused friction between the couple.

Even if Janelle has problems with Cody, she never lets them interfere with her relationship with her six children. This week, Janelle posted a cute photo on her Instagram showing her and her son Hunter, who turned 25, hugging and smiling at the camera. Janelle wrote that her heart “broke” because her son was “local” for the first time in seven years. Hunter studied at the United States Air Force Academy, and after graduation, each graduate must serve at least five years on active duty and three years in the inactive reserve. This means Hunter has been away from home recently and must have finally returned.

Despite Hunter being at home with Janelle for several months during the pandemic, Janelle noted that Hunter had finally “matured” and had to return to work. Janelle shared with fans that Hunter also received a master’s degree from Johns Hopkins University in May. Fans can only guess if he was sent back to the Air Force or maybe found a job as a nurse at a local hospital. Viewers of Sister Wives hope that Janel will continue to inform them about the progress of his work.

TLC reported that “Sister Wives” will return in the 17th season, which will air on September 11. Although one of the main storylines will focus on the breakup of Cody and Kristin Brown, fans are wondering what place Janelle occupies in her own relationship. She said she wouldn’t be spending the summer at Coyote Pass, and she didn’t mention Cody. At the moment, it seems that Janelle is more than happy to communicate with her children, and not with her unreliable husband.

Chicago Fire Season 10: Who is Kelly Severide and Stella Kidd’s...

Grey’s Anatomy: What We Suspect Why Sarah Drew Was Fired