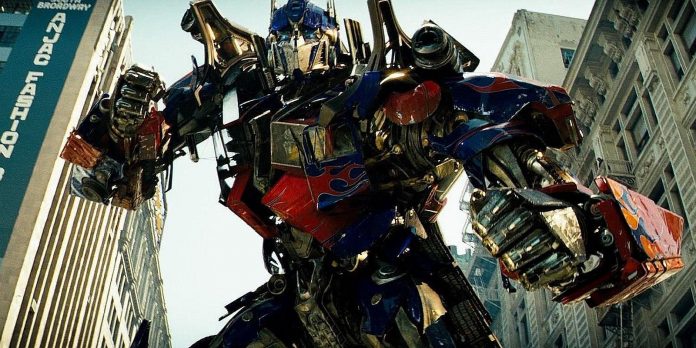 Director Michael Bay explains why it was scary to shoot Transformers, at least at first. Released in 2007, Bay’s first film in the franchise marked the beginning of the saga, new parts of which continue to appear to this day. Transformers tells the story of Shia LaBeouf’s Sam Witwicky, who unwittingly becomes a key player in an ancient ongoing war between two factions of intelligent robots, the Autobots and the Decepticons. The film caused controversy among critics, but was a great success at the box office, earning more than $ 709 million.

Inspired by the Hasbro toy line of the same name, Transformers brings to life characters like Optimus Prime (Peter Cullen) and Megatron (Hugo Weaving) for the first time. The film’s budget was $147 million, and it featured groundbreaking visual effects work at the time, many of which are still well preserved. Transformers also has a talented supporting cast, including the likes of Megan Fox, Josh Duhamel, Tyrese Gibson, John Turturro, Anthony Anderson, Jon Voight, Rachel Taylor and Kevin Dunn.

In a new interview with Yahoo, Bay reflects on how he worked on Transformers, recalling that at first he was really very scared. Bay explains that there was a lot of pressure to make the robots look real, because if they didn’t, the whole movie could fall apart. He also reports that he was initially skeptical about the idea of turning Hasbro toys into a movie with live actors, but viewing some finished frames with visual effects quickly dispelled these fears. Check out Bay’s full comment below:

“It was scary. Because if the robots didn’t look absolutely real, [the movie wouldn’t have turned out]. But we broke a lot of visual effects on this one.

“[My friend Mike] says, ‘Bay, I don’t know anything about this Transformer thing. We drink beer, I’m like:”Yes, I know. It’s a little scary.” Then I showed him the first scene, the Scorpion jumping out of the desert right behind Tyreese. I showed him. He says, “Oh, good. Okay, now I get it.”

The first generation of Hasbro Transformers was introduced in the 1980s along with the original animated TV show, and both quickly became popular with children. Given that toys are so beloved and have such a strong presence in pop culture, it’s understandable that Bay would be nervous creating the first real-time version of the characters. While many have criticized aspects of the Transformers story and some of the film’s characters, few would deny that the film brought the Transformers character to life with impressive visuals.

Although later installments of the franchise, such as Transformers: The Last Knight, have largely failed to resonate with viewers, the original films featuring Labeouf are still a great success with many fans. Bay previously stated that he should have stopped making films about Transformers after the 2011 film “Transformers: The Dark Side of the Moon,” hinting that his time working on the franchise had come to an end. Despite the fact that Bay is no longer involved as a director, the seventh Transformers movie is in development under the direction of franchise newcomer Stephen Capel Jr., which means that a new era of Autobot and Decepticon stories may appear on the horizon.

Criminal Minds: 4 Famous Actors Who Appeared As Guests On The...