Home Entertainment Why Saints Row is trending on Twitter 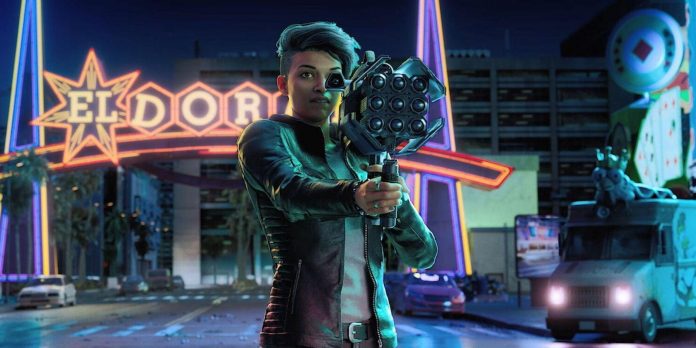 The massive leak of Grand Theft Auto 6 claimed another victim, as many online users unfairly compare the leaked gameplay with the latest release of Saints Row. For the uninitiated: The hacker seems to have penetrated the Rockstar files and shared a video with the early gameplay of Grand Theft Auto 6. It is also reported that they have access to the source code of GTA 5 and GTA 6, which will be destructive if it gets out of the hacker’s hands.

If the source code of GTA Online is available to the wrong people, scammers and hackers will take over the online game. The leak alone causes huge PR for GTA 6 and Rockstar, and it is possible that the leak of the source code on the Internet leads to some delays, since Rockstar has to solve its security problems. It will take some time to solve this problem, and its short- and long-term consequences can be catastrophic. Development continues, but Saints Row has become an unintended victim.

Saints Row is trending on Twitter, as many consider it necessary to assert that the early leaked GTA 6 gameplay looks better than the new, officially released game. It’s just not true. On the one hand, this is not the strangest comparison, given that Saints Row was once considered as the main alternative to Grand Theft Auto 6, but on the other hand, these are just opportunistic sarcastic comments on top of an already bad situation. Objectively, Saints Row looks better than the leaked gameplay. One is ready, the other is not even close.

In addition, this conversation comes from another place of bad faith: many unfairly criticized the leaked gameplay. Judging by most reports, this is a 2019 build, and it’s an incredibly early game development cycle. It’s an unfinished product by definition; it’s like looking at an unfinished car and judging it by the final product. Anyway, the leak of Grand Theft Auto 6 shows how much work goes into finalizing the game and how many iterations of the build exist. All these are unfair arguments based on unfair actions, full of many fundamental misunderstandings.

While this in itself is unfair to games like GTA 6 and Saints Row, it’s even worse for developers. Rockstar employees who have been working on this game for years are being harshly criticized and are probably worried about how it will affect their current work. And now the employees of Deep Silver Volition can consider their work unfair in comparison with this, just for the sake of argument. In this situation, no one wins; fingers crossed that this fire is extinguished, and not continued to spread.

Will Smith posted a 5-minute apology to Chris Rock for slapping...

Shaquille O’neal went to a witness, and then caught the chance...