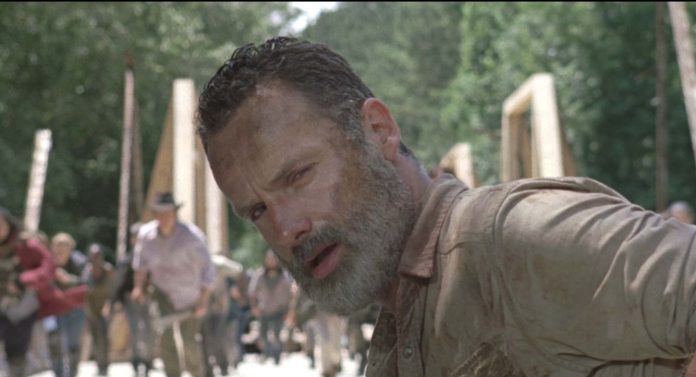 In The Walking Dead most of the characters accepted that Rick (Andrew Lincoln) died on the bridge, but Daryl (Norman Reedus) and Michonne (Danai Gurira) were hopeful that he would somehow survive. Michonne found out in her last episode that Rick is still out there, and she left the show to find him.

More was learned about the people who carried Rick in an episode of Fear the Walking Dead, and the organization, known as CRM, was further explored in the two-season spinoff series, The Walking Dead: World Beyond, and we saw some samples of their fate in the Season 10 finale.

But as for what happened to Rick, that question is unlikely to be answered until he returns in AMC’s The Walking Dead movies, which do not yet have release dates. Who Rick is with is no longer a secret, but an important question remains: why hasn’t Rick returned? CRM saved Rick and could have taken him anywhere in the country, so it is unknown how much distance there is between him and Alexandria.

That said, it’s been six years. Rick has had plenty of time to find his way back home. What stops him?

And there is a compelling explanation, which indicates the reason why Rick Grimes has not returned to the screen of The Walking Dead. As we know, when Rick disappeared, he was airlifted in a Civil Republic Civic (CRM) helicopter to a “safe” location.

Therefore, in the spin-off of The Walking Dead, World Beyond, fans have received some information about the army of the Civil Republic Cívic (CRM), which is an organization that has a rule of hunting and killing anyone to desert the regime, in order to preserve its secrets.

In this sense, in The Walking Dead if any of the people recruited by the Civic Civil Republic (CRM) escaped, especially if they are important as Rick Grimes is, they quickly find it.

Therefore, since Rick is a valuable person on The Walking Dead, it is likely that the Civic Civil Republic (CRM) threatened his family in order to keep him in captivity, and they will do everything possible to keep him in that condition.