Home Celebrity Why refreshing the series is so important to Netflix 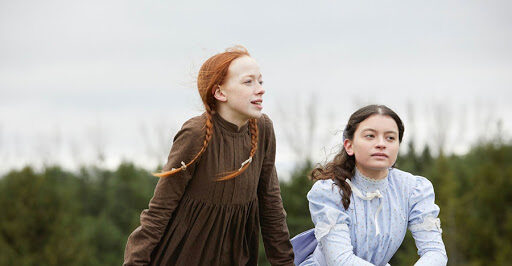 Anne with an E, based on the classic “Anne of Green Gables”, was abruptly canceled. Following the premiere of its third season on CBC and just before its launch on Netflix, the networks issued a joint statement announcing that the show would end after three seasons.

Without warning or before this unfortunate demise, fans of Anne with an E were understandably distraught. The series has become very successful in recent months, but the fourth season has yet to appear.

Despite the statement expressing the tentative hope that the final season “will bring a satisfactory conclusion to Anne’s journey”, the devoted Anne with an E fanbase felt otherwise and immediately criticized the cancellation.

The petition “Renew Anne With An E for Season 4!” It was created shortly after the cancellation of Anne with An E in the hope that Netflix would revamp the show. It reached one million signatures in the middle of this year. Now they go for the 2 million signatures!

However, despite Anne with an E fans tirelessly campaigning for a renewal, it doesn’t appear that CBC or Netflix will waver in their decision to cancel the show; both sides of the discussion are resolved in their determination.

What are the reasons that would mark Netflix that renewal is a good choice? Well there are several explanations that could detail the reason for this choice for the streaming giant.

Fans came to know and love Anne with an E for her unwavering focus on current issues around gender, race, class, and sexuality. Through a 19th-century lens, the show addresses issues such as queer identity, racial discrimination, sexual assault, and the historical treatment of indigenous people.

The third season of Anne with an E strengthened the show’s focus on challenging topics by depicting a horrifying part of indigenous history: the Canadian residential school system. In these boarding schools, indigenous children were forcibly separated from their parents to be “reeducated” through abuse.

The open ending to the story about Ka’kwet, a Mi’kmaq girl and friend of Anne who is taken to a residential school, is one of the main reasons fans want a fourth season of Anne with an E.

Does all this seem small? It is not. In addition to these points Anne with an E not only encourages inclusion by focusing on social issues, but also offers diversity both on and off camera. If not, it would only be necessary to compare it with the original Lucy Maud Montgomery book series “Anne of Green Gables”, where the characters were all white and presumably heterosexual.

Yeontan and V star in cute video for BE’s notes