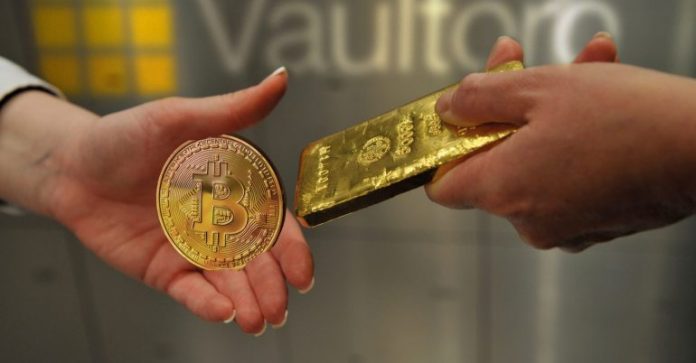 Real Vision CEO Raoul Pal explained that he likes gold but has bought bitcoin because it has recently performed poorly. Pal said that bitcoin performed far better than other assets during the Covid19 pandemic.

Raoul Pal, who participated in the podcast of Money Week and made a statement on bitcoin and gold; He stated that gold is associated with bonds and the dollar, so it has shown a poor performance recently. Pal interpreted the continuation of central banks to print money due to the pandemic and the slowdown of economies negatively for gold.

“Central banks only print money. The economy slowed down in Britain and even across Europe. The growth rate of economies is very low due to the pandemic. I am looking forward to what will happen in 3-5 months as the vaccine becomes widespread. ”

Even though I love gold, bitcoin is the most successful financial asset

Raoul Pal announced that he sold all the gold he had and said that 65% of his portfolio was made up of bitcoin and 30% was ethereum. He stated that the remaining 5% belongs to other cryptocurrencies.

Pal said that gold will continue to be a store of value in the future, and compared it to bitcoin. Comparing the recent performances of the most preferred financial assets, Pal emphasized that the most successful asset is bitcoin. “I have never seen such a dominant being in my life.” says Pal; He underlined that names such as Elon Musk, Ray Dalio and even big companies like Ruffer have shown their positive attitude towards bitcoin.

Charlie Bilello, founder of Compound Capital Advisors; He explained that Bitcoin has performed much better than many asset classes such as Nasdaq, gold, commodities, bonds and bonds in the last 10 years.

Differences between bitcoin and gold

Raoul Pal, who sees both financial assets as stores of value, said that bitcoin adoption rate has increased rapidly compared to below. However, he mentioned the practicality of using bitcoin in international money transfer transactions. While sending bitcoins to someone on the other side of the world takes a few minutes, it takes several financial rules and waits for at least a few days to send gold.

Finally, Pal expressed the convenience of buying and storing bitcoin in the following words:

“If you are not going to buy a large amount of bitcoin, it will be sufficient to choose a large and reliable crypto money exchange and keep BTC in the exchange. As you grow your investment, you can store bitcoin in safer places such as cold wallets. “