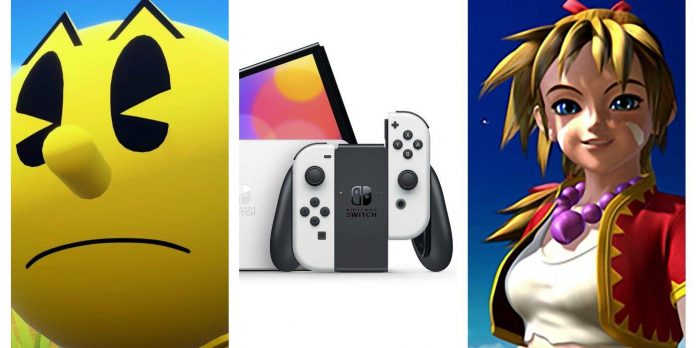 Starting with the recent remaster of Chrono Cross and ending with the remake of Pac-Man World, classic PS1 games are being reissued, and the Nintendo Switch is a curious brainchild of the console. In addition, several recent showcases of Nintendo Directs and partners showed games inextricably linked with the nostalgia of many who yearn for the era of classic role-playing games and PS1 platformers. For what reason this happens is relatively unknown, but there are several plausible theories as to why PS1 games shine on the Nintendo Switch.

PS1 was the de facto headquarters of role-playing games – and to this day, most of the most revered classic games, such as Final Fantasy 7, Xenogears and Lunar: Silver Star Story, appeared in the system in the 1990s. Along with them, there were some fun and charming platformers and 3D adventure games that may not have become obsolete as gracefully as some other games, but still keep warm in the hearts of fans around the world. Therefore, whenever someone browses the web and searches for the best role-playing games or action platformers of all time, most of these lists will be filled with PlayStation classics. Unfortunately, most of these games are still blocked by old technology, so fans have to find a PS3 or PSVita to experience a few of these games, which makes the process quite cumbersome.

Since the PlayStation Vita store was ideally suited for classic games, it makes sense that publishers wanted to host their games on a portable system with easy-to-use tools and a colossal installation base, such as the Nintendo Switch. On the Nintendo Switch, it is usually safe to say that the number of fans willing to plunge into it is higher than on other systems, due to the legacy association of Nintendo. In recent years, role—playing games, in particular, have flourished on hybrid consoles – and companies like Square-Enix have taken advantage of this. As a result, the updated reissues of Final Fantasy 7, 8 and 9, as well as Chrono Cross, were mostly warmly received. These games are slower and have a lot of downtime, which means that the portable element makes them easier to perform little by little. In addition, the updated mechanics, designed to destroy or optimize old role-playing systems and cliches, makes the modern PS1 classic even more attractive to return to.

PS1 Classics is great for Switch, especially for new franchises

Another important reason these games are being revived on consoles like the Nintendo Switch is time. When developers notice that classics are gaining momentum for some reason, it often seems that it’s time for a remastering or remake. In addition, many of these games are being revived thanks to the franchise’s plans. Such high-profile announcements as Final Fantasy 7: Rebirth will undoubtedly cause a surge in sales of games such as Final Fantasy 7 classic. The proof of this is the release of Crisis Core: Final Fantasy 7 Reunion on the Nintendo Switch this winter. Fans of these classic games tend to want to go the way of portable devices when the games themselves are not powerful in terms of graphics or performance, so it seems obvious why, based on market trends, they would like to go this way.

Developers have another important incentive to return to these classic IP addresses that have been dormant for so long – game development can take a long time, and larger teams need more time as games become more complex. Since some major games come out with a cycle of 4-6 years, it is not surprising that some developers are also experiencing tension. It became clear from Summer Game Fest 2022 that release calendars are getting rarer by the minute. For publishers to keep investors and fans happy, there should be a backup plan to save money and keep the conversation going about the companies. With a few old games that need new features to discover or basic updates to the modern quality of life, classic revivals are the perfect way to fill an empty block with sellable games. The PS1 is a gold mine for several classic games that could be re—released or updated, and with an installation base like the Nintendo Switch, there’s no better place to showcase them right now.