Home Entertainment Why PS Plus Will Take Years to Catch Up with Xbox Game... 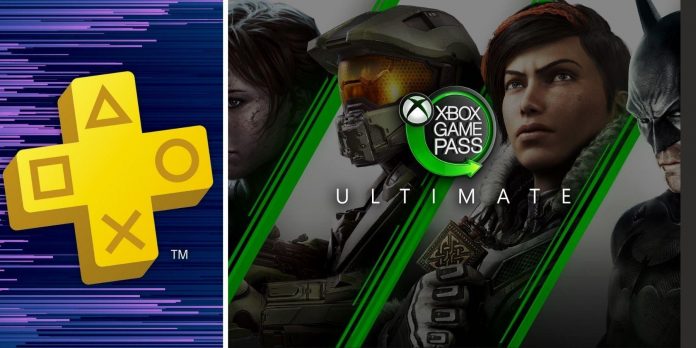 When the Xbox Game Pass was launched in 2017, it was a revolution for the gaming industry. In an attempt to replicate the success of Netflix, Xbox Game Pass offered subscribers the opportunity to play hundreds of games—many of which they would never have played otherwise — at one low monthly price. Since its inception, competitors have been popping up everywhere trying to grab a piece of the pie for themselves, but none of them had the same set of options and reputation as Microsoft’s offering.

Earlier this year, Microsoft’s biggest competitor, Sony, retooled its PlayStation Plus service to present it as a competitor to Game Pass, but unfortunately it was relatively unsuccessful. While PS Plus Premium has some advantages over Game Pass, due to low-quality games and loyalty to the original Sony brand, an uphill battle is ahead.

Game Pass was experimental at first launch. Microsoft treated the service similarly to the current version of PS Plus Premium, offering quantity instead of quality. But as the Xbox Game Pass has moved into a new market, PlayStation Plus is a thing of the past. Old, nostalgic games are a pleasant sight, but they pale in comparison with Microsoft’s offerings. Over time, Game Pass adapted and offered premium games and content without price increases, which Sony should do as soon as possible.

The biggest advantage of Game Pass is its releases on the first day. Microsoft is prioritizing making as many games as possible available in Game Pass right away, from small indie games to huge AAA franchises. As Game Pass grew, game studios saw the benefits of a built-in audience. Largely due to the fact that Forza Horizon 5 was included in the Game Pass, at that time it was the largest release in Xbox history.

Even Sony’s own MLB The Show 22 was released on Game Pass at launch. If Sony is going to give away one of its most popular games of its own, PS Plus is not even close to the Xbox Game Pass product. Instead of holding out hope that this will change, Sony has announced that the PS Plus will not contain first-day releases and has no immediate plans to change.

Looking at the raw numbers, one thing that could affect Sony is the net worth of each company. According to Yahoo!, with all Microsoft product offerings related to games and beyond, at the time of writing this article, it is estimated at $2.11 trillion. Finance, compared to Sony’s relatively small $108.94 billion. Sony could easily afford to put premium games on the PS Plus immediately, but getting full support from executives may be more difficult. It’s easier for Microsoft to swallow the initial costs of these popular games to turn them into a long-term profit from subscription fees. In the gaming industry, money is everything, and Microsoft has more money than anyone else.

To be fair, Microsoft has earned the presumption of doubt with Game Pass, repeatedly posting the best games on its service and probably influencing console sales. There are amazing perks for both the Xbox Series X/S and PlayStation 5, but there is a growing number of fans who are switching to Xbox because their favorite games may be in the Game Pass. When consoles were first released, it was easy to see why some preferred Xbox when PlayStation still didn’t have an elite subscription service.

Sony was too slow to create a real competitor to Game Pass and missed the opportunity to create a base of loyal subscribers. If Sony wants to catch up with Microsoft, it will have to start offering real value by completely changing its release strategy and giving fans its best games. Time will tell if it will be possible to re-equip the PS Plus.

Married at First Sight Season 15 Premiere: When & Where New...

Korean Netizens Call BTS V Was Born To Be A Celebrity