Home Entertainment Why Prince Harry and Meghan Markle Have Different Names on Their Birth... 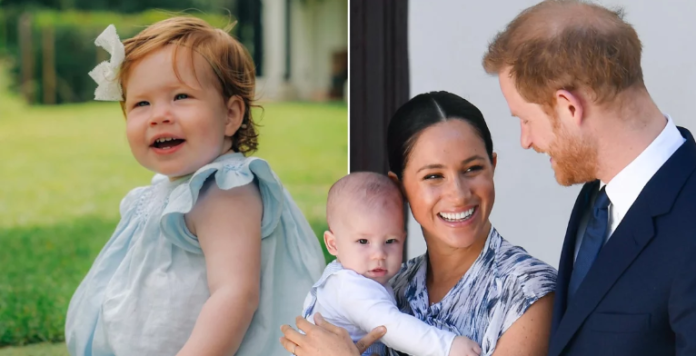 After the royal wedding on May 19, 2018 at St. George’s Castle in Windsor Castle, Prince Harry and Meghan Markle became parents for the first time on May 6, 2019. Archie Harrison Mountbatten-Windsor was born in a Portland hospital, and he is fifth in line to the throne.

Archie’s birth certificate says Prince Harry’s full name — His Royal Highness Henry Charles Albert David, Duke of Sussex. Meanwhile, in the same document, Meghan Markle is referred to as Rachel Meghan, Her Royal Highness the Duchess of Sussex. However, it may surprise you that both Prince Harry and Meghan Markle have different names on their daughter Lilibet’s birth certificate. What is the reason for the different names of members of the royal family of Sussex?

Prince Harry and Meghan Markle listed their maiden names on Lilibet’s birth certificates.
Unlike Archie, Lilibet Diana Mountbatten-Windsor was born at Santa Barbara Cottage Hospital in California on June 4, 2022. At the time of their daughter’s birth, Prince Harry and Meghan Markle were not members of the royal family. They resigned from their position and moved to the United States from the United Kingdom. In addition, after their departure, the couple was stripped of the titles of His Royal Highness and Her Royal Highness.

Thus, the Duke and Duchess of Sussex had to use their maiden names in Santa Barbara. The youngest Prince has “The Duke of Sussex, His Royal Highness” written on Lilibet’s birth certificate, since this is his official name. Markle, on the other hand, is referred to in the document as Rachel Meghan Markle, as mentioned by TMZ.

It may surprise you that Meghan is not the official name of the Duchess. Over the years, she has adapted her middle name, Megan, as her first name. Interestingly, in Archie’s birth certificate, Prince Harry and Meghan Markle indicated the Prince of the United Kingdom and the Princess of the United Kingdom as their professions. However, this is not in the daughter’s documents.

Do you think it was a good decision for the Sussex family to move out of the United Kingdom? Let us know in the comments.