Home Entertainment Why Obi-Wan Kenobi’s Story Was “Perfect” for a Limited Series and Not... 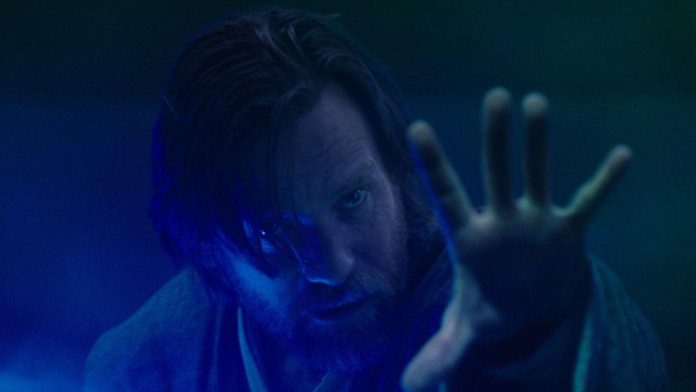 “Star Wars” has moved Ewan McGregor and Hayden Christensen from the big screen to the small screen to reprise their roles in the prequel for the limited Disney+ series “Obi-Wan Kenobi.” The project appeared on Disney+ after years of rumors that McGregor would star in a separate film, similar to what the galaxy far, far away did with Solo. Earlier, the actor shared that it wasn’t always planned that his character would get a TV show, but director and executive producer Deborah Chow told CinemaBlend about why this story is ultimately “perfect” for a series and not a movie.

The duration of eleven films about the “Star Wars” universe (consisting of three trilogies, “Rogue One” and “Solo”) is from two to three hours, and “Solo” is a little more than two hours. By comparison, Obi-Wan Kenobi has six episodes to tell the story. Deborah Chow weighed in on what freedoms the project has in the series compared to the movie, saying:

For me, the limited format was perfect for this story because it gives you what you’re still telling one story where you can really make a beginning, middle and end, and it’s really built as one story. But you have more time. And you can spend more time with the character than with the function, which maybe needs to move a little faster. So for the story we wanted to tell, the limited format was perfect.

The Star Wars movie would certainly not have had time to slowly but surely show that Obi-Wan is returning to all the skills that have rusted badly over a decade in the desert, without using the Force on Tatooine. Perhaps there was no time to study the emotional consequences of Ewan McGregor’s character, to reveal the depth of Vader’s desire for revenge, to build Reeva’s backstory as a completely new character and to provide types of action from the prequel era of “Star Wars”, which were not live. -action from the time of “Revenge of the Sith” in 2005. As Deborah Chow noted, the format of the series gave this story the time it needed to really strike.

Would Obi-Wan, recuperating as a negotiator, general, and Jedi in Episode 5, have been able to strike the same blow if we hadn’t seen the slow build-up? If we hadn’t seen the lows of the first episode, we wouldn’t necessarily have seen how far it had risen by this point. Of course, the audience knew that before this series, it would not end with a decisive victory for either Obi-Wan or Vader, since this would not happen until the “New Hope”. (And fans are debating which one of them actually won the final lightsaber duel on the Death Star.)

Also, Ewan McGregor doesn’t rule out coming back to play his iconic character again after what he called a “satisfying” story for fans, so the limited series format may have been ideal for both telling this particular story and creating a potential next chapter. . There are so many directions in which Star Wars can guide Obi-Wan without contradicting the canon from Star Wars: Rebels and A New Hope (which Deborah Chow recognized as the “most difficult thing” in Obi-Wan Kenobi), but there is a lot of room for maneuver with all the unexplored years on the timeline of “Star Wars” at the moment.

At the moment, you can always enjoy streaming the limited series “Obi-Wan Kenobi” (opens in a new tab) with a Disney+ subscription, as well as all other animated and live Star Wars content available on the platform. Other live-action shows are on the way, in which Andor (starring Diego Luna from Rogue) and Ahsoka will bring back Rosario Dawson and a host of Star Wars: Rebels characters.

Horizon Zero Dawn Receives A Patch To Improve Its Performance On...