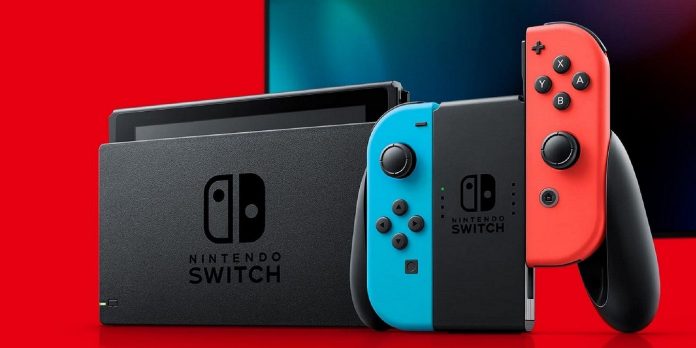 Nintendo Switch has had a good year so far thanks to a number of blockbuster releases. Only half of 2022 has passed, and already the hybrid console has enjoyed big releases such as Pokemon Legends: Arceus, Triangle Strategy, and Nintendo Switch Sports which is a highly nostalgic experience for anyone familiar with Wii Sports. There are still plenty of games to look forward to for the remainder of the year, including noteworthy titles such as Pokemon Scarlet and Violet, as well as a port of Persona 5 Arena which arrives in October. Although the Switch may be over five years old, the endless stream of releases demonstrates that it is still being strongly supported. Further, while rumors of a successor to the console are alive, Nintendo has no need to rush.

Usually, the middle of the year sees a bit of a dry patch for gaming as many studios save up their most exciting projects for the holiday season. However, Nintendo Switch fans need not worry because there are many new releases in July to look forward to. In particular, 29 July brings two big games – Xenoblade Chronicles 3 and Digimon Survive – which both have a lot of hype behind them. For players looking for high action RPG fun, it is hard to go wrong with Xenoblade Chronicles 3, while gamers looking to go on an adventure in an interactive visual novel have Digimon Survive to look forward to.

29 July Is a Big Day for Nintendo Switch Gamers

With Xenoblade Chronicles 3, the saga continues, and the game takes place after the events of its predecessors. Players will be taken to Aionios where the nation of Keves is warring with the nation of Agnus. The game will focus on six main characters – Noah, Lanz, Eunie, Mio, Taion, and Sena – who are being hunted by both nations, and they journey toward Sword March to finally bring peace and order. Xenoblade Chronicles 3 does not veer away from the gameplay that players have come to expect from the series, and it will feature more open-world adventures and battles with multiple party members. When the conditions are right, certain characters can link up to form an Ouroborous with impressive power.

Xenoblade Chronicles 3 will be sharing its release day with Digimon Survive, which is developed by Hyde. Unlike Xenoblade Chronicles 3, Digimon Survive is not a Nintendo Switch exclusive, and it will also be available on PC, PlayStation, and Xbox. Digimon may have once been seen as a franchise that lives in the shadow of Pokemon but, at this point, it has enough of a personality to stand on its own. With Digimon Survive, the franchise will continue to prove this by combining RPG elements with the visual novel genre.

RELATED: Digimon Survive Could Just Be Leading the Charge

Digimon Survive has been in the making for a long time, and it was first announced in 2018. It was originally slated for a 2020 release, but it faced several delays for many reasons including the COVID-19 pandemic, a switch of the game’s engine mid-production, and a change in the development team in charge of the game. Digimon Survive’s story will focus on a group of teenagers, led by Takuma Momozuka, get lost on a school camping trip and end up transported to a strange world where they will have to evolve their Digimon and battle against fearsome foes who challenge their survival. Gamers can expect beautiful 2D artworks reminiscent of the anime, as well as plenty of opportunities to make tough choices that determine the fate of characters.

Other Games to Look Out For In July

Although Xenoblade Chronicles 3 and Digimon Survive are likely the biggest releases of July 2022, they are not the only new games being released July, and Nintendo Switch players can also look forward to several other titles. F.I.S.T.: Forged In Shadow Torch, a metroidvania action game featuring a butt-stomping rabbit, was originally released in 2021, but it will be receiving its Nintendo Switch port on 12 July. The classic RPG Live A Live is also receiving a remake which is set to release on 22 July, and it will release alongside a host of other games launching on the same day. Other Nintendo Switch games scheduled for July include:

As seen there is plenty of variety for gamers in July, with releases from every genre to please all types of gamers. Xenoblade Chronicles 3 and Digimon Survive are both games with large fan bases that have been waiting a long time to finally play these titles, and that moment will finally come this month. However, their brilliance should not blind gamers from the host of other great Nintendo Switch releases that will be arriving in July.

Rebel Wilson portrays the 1950s in a vintage pink bikini and...