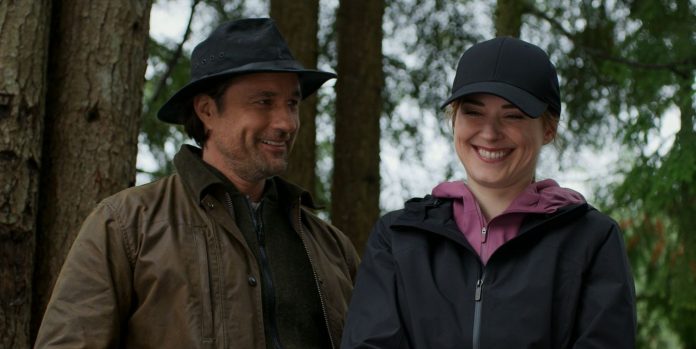 Virgin River will launch its third season after Netflix officially confirmed it. The series will resume the dramatic suspense that ended the second outing.

For its part, Netflix has yet to give an official release date, but it might not be too difficult to predict, both season one and season two were released in late November and early December.

Therefore, the third season of Virgin River is likely to follow this pattern and drop right now in 2021. On top of this, the stars appear to be filming the show right now.

Likewise, according to some posts on Instagram by Alexandra Breckenridge and Martin Henderson, they appear to be together on the Virgin River set and as fans will know, the second season was filmed in 2019, so this is likely to be the third outing of the series. romantic drama.

On the other hand, the cast of the romance series has yet to be confirmed ahead of its third season, however most of the lead actors are expected to return, including Breckenridge as Mel Monroe and Henderson as Jack Sheridan.

Sadly, nothing has been confirmed about the plot of Virgin River’s third season at the moment but it will likely continue from the dramatic finale to the second season on Netflix.

As fans will recall, the most shocking moment came in the final moments when Jack was shot and left for dead but we must not forget that there are other stories that need to be resolved as well, including whether Doc is fine or has a health issue.

On the other hand, there is still no preview of the third season of Virgin River on Netflix. This will probably only be released closer to the release date, the best bet is that fans can see it sometime in September or October 2021.

See Also
Why Hope and Doc might cancel their wedding plans

Sofia Richie Shared A Her Photo Reminiscent Of The Goddess With...

Miley Cyrus manipulated by Cody Simpson? His friends are convinced!