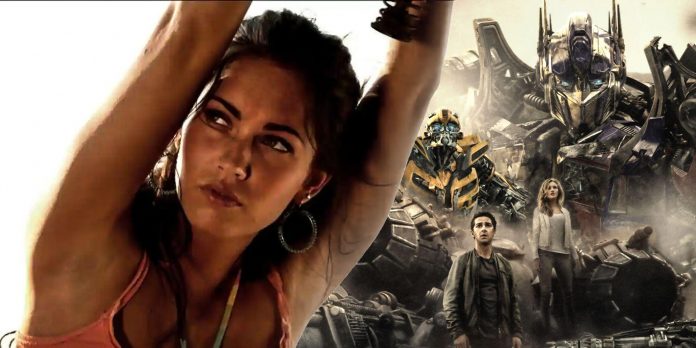 That’s why Megan Fox left Transformers: Dark of the Moon. Under the leadership of Steven Spielberg, Paramount launched the Transformers franchise with live actors in 2007. The first film was directed by Michael Bay, in which Shia Labeouf starred as Sam Whitwick, and Fox acted as his partner and lover Michaela Baines. The 2007 film became a huge financial hit and earned over $700 million worldwide. Its sequel, Transformers: Revenge of the Fallen, got even better in 2009, guaranteeing a trilogy.

The third Transformers movie from Bay was an important milestone for the franchise. “Transformers: The Darkness of the Moon” became the first film in the series to earn more than $ 1 billion, but with one significant change. Despite the fact that “Revenge of the Fallen” ended with Michaela’s declaration of love for Sam, Fox did not return. Fox’s absence led to Rosie Huntington-Whiteley joining the franchise as Carly, Sam’s new love interest, and the film barely explains that Sam and Michaela broke up. This was a bit contrary to the canon of Bay’s “Transformers” films, so what exactly was the reason for Fox’s sudden departure from “Transformers”?

Megan Fox’s departure from Transformers: Dark of the Moon was a response to a Wonderland interview she gave in 2009 in which she compared Bay’s attitude on set to Hitler’s. She said, “He wants to be like Hitler on his set, and he is. So working with him is a nightmare.” The following year, it was announced that she would not be returning, which was accompanied by conflicting reports about whose decision it was and why it was made. Fox representatives claimed it was her decision to leave, while reports indicated that the studio and Bay had decided to leave. In 2011, Bay said Spielberg told him to fire her after a Hitler comment was made. Here’s the full explanation of why Megan Fox left Transformers: Dark of the Moon.

Why Megan Fox Wasn’t in Transformers: Dark of the Moon

The fallout from Fox’s comments continued after Transformers 3, as she stopped appearing in big movies. Despite the fact that Megan Fox’s role in “The Expendables 4” potentially corrected her mistake, she said she was not eager to return to the spotlight after her controversial statement, which also undoubtedly played a role in easing her workload. Bay was quite critical of her work ethic and attitude in the first years after these comments, so other directors and studios probably didn’t insist on working with her either. In recent years, Fox has said that she eventually realized she was wrong. She knows that an apology at the time would have left her a place in the Transformers franchise.

Since then, Fox has regained its lost popularity — in particular, Megan Fox’s horror films have gained recognition. She even restored her relationship with Bey. They worked together for many years before “Transformers”: Fox played an unregistered role in “Bad Guys 2” at the age of 15. After the conflict between Fox and Bay passed, she continued to star as April O’Neill in two of his films about teenage mutant ninja turtles. Fox even defended Bay when her role in “Bad Guys 2” drew criticism due to the sexualization of an underage girl. It is obvious that they have overcome the differences that caused Megan Fox to leave Transformers: Dark of the Moon.

What Megan Fox has been doing since Transformers

After the release of Transformers: Revenge of the Fallen, Fox played a major role in the 2009 horror comedy Jennifer’s Body. After several years of receiving only minor roles, Fox reconciled with Bay, who saw her in her “Teenage Mutant Ninja Turtles” franchise. Then she got a permanent role in the sitcom “New Girl”, replacing Zooey Deschanel when she was on maternity leave. Megan Fox also appeared in Netflix’s “Night Teeth” in 2021, a vampire thriller in which she played a villainess.

Despite the fact that Fox remained in the spotlight, her acting career never recovered after her comments about Michael Bay. In fact, it was Bay who secured her another starring role in the blockbuster, ensuring that any animosity between them would be completely forgotten. However, Megan Fox’s dismissal from Transformers 3 was a serious setback in her career.

Will there be more transformers movies?

Paramount has announced that its next Transformers movie, Transformers: Rise of the Beasts, will be the first of three new installments, meaning the franchise will eventually continue until Transformers 9. Currently, “Rise of the Beasts” will be released in June. September 9, 2023, and will play Anthony Ramos as the former military protagonist Noah and Dominic Fishback as the researcher of Elena’s artifacts. Ron Perlman will voice Optimus Prime, and characters such as Optimus Prime and Bumblebee will return. There are few details of the story yet, but the film takes place all over the world, including Brooklyn and Machu Picchu. As for whether Megan Fox will be involved, she may have established a relationship with Bay, but her time in the Transformers franchise seems to be completely over.