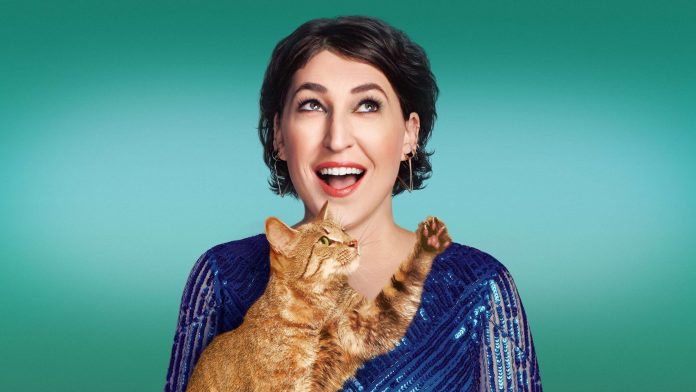 After a long supporting run on The Big Bang Theory, Mayim Bialik is front and center in Call Me Kat, a Fox comedy that feels so tired and old-fashioned that it becomes a bit tempting to skip it and miss it this year.

For one thing, Kat from Bialik is 39 and still single, a fact that she has to repeatedly explain to her widowed mother (Swoosie Kurtz). That marital status has only encouraged her to live her dream by opening a cat cafe, where her employees include a baker played by comedy veteran Leslie Jordan, who does what he can to bring the material to life.

The main mistake the presentation made was to re-engage Kat who regularly breaks the fourth wall and speaks directly to the audience, expressing her insecurities and awkwardness. Bialik’s role was very good at it in The Big Bang Theory, but nowadays thanks to the modestly predictable writing, her current lead is really boring.

As for the story, the new development in Kat’s life centers around the return of Max (Cheyenne Jackson), a boy she had a crush on in college. She’s kind and single, but her awkwardness around her, and the literal collisions she gives in, starts to get tedious even before the pilot episode ends.

Fox took a chance by making four episodes available, and there’s a modest serialized progression in Kat’s story, but it’s not good enough to plant a big hook.

We will see moments of sweetness and vulnerability, but the best that can be said is that everyone puts all their effort into the silliest aspects, such as the end credits in which the cast playfully bid farewell, taking a curtain call to the show they just put on.

On the other hand, Fox is giving Call Me Kat (whose producers include Bialik and former The Big Bang Theory co-star Jim Parsons) an enthusiastic pitch – even the cat cafe concept feels underused, given the theory. from television that you can never go wrong with cute pets.

Of course, the image of herding cats exists for a reason, but they are not an appropriate pet for a sitcom that barely makes a living, much less will make it to nine. In turn, Call Me Kat will premiere on January 3 on Fox.