Home Entertainment Why Mariah Carey Is Facing a $20 Million Lawsuit Over Her Classic... 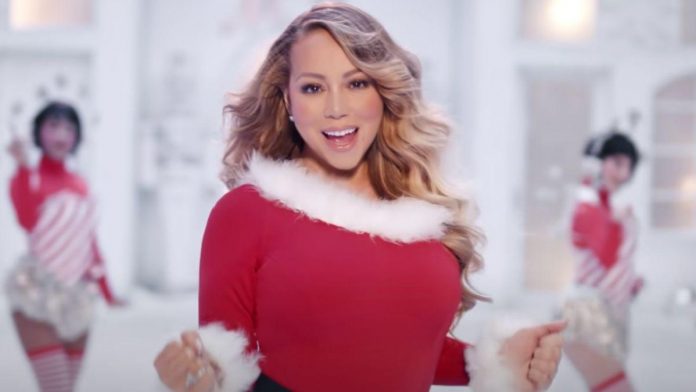 Mariah Carey has released many famous hits during her brilliant musical career. There are “Hero”, “Always Be My Baby” and “Belong Together”, which earned her two Grammy Awards. But one of her biggest hits, without a doubt, is the holiday anthem All I Want For Christmas Is You. The catchy melody has become a staple of music and has become one of the most recognizable Christmas tracks ever recorded. It would seem that the song has caused controversy, as Carey is now facing a $20 million lawsuit related to it.

The aforementioned lawsuit was filed by songwriter Andy Stone, who plays the role of Vince Vance in the country-pop band Vince Vance & the Valiants. According to legal documents obtained by The New York Post, Stone is suing the singer for $20 million in damages due to several alleged factors, including copyright infringement and misappropriation. Apparently, Stone wrote a song with the same name for his band, and it was released in 1989. Although it is worth noting that both tracks contain different lyrics and melodies.

The lawsuit, which also includes Mariah Carey’s co-author Walter Afanasyev, alleges that the couple “knowingly, intentionally and intentionally participated in a campaign to infringe [Stone’s] copyright on the work.” It goes on to say that all this happened at the expense of “commercial gain, personal gain and unjustified enrichment of the defendants and irreparable harm and financial loss” of the plaintiff. The songwriter also claims that neither Carey nor her co-writer ever consulted him about the use of the title. And although Carey’s song may be the more recognizable of the two, Stone claims that his melody was actively played on the air in 1993 — a year before the pop star’s track came out.

When Mariah Carey’s song All I Want For Christmas Is You was released in 1994, it quickly became a hit. He has received numerous platinum certifications in different regions of the world and has received acclaim from music critics. The song even reached number one on the charts in 2021, more than 25 years after its first release. The song is so infectious that even Carey is known to rock out to it at home. At the time of writing, her representatives have not commented on the lawsuit, which also states that Andy Stone’s lawyers contacted her in April 2021 to discuss the matter.

The melody turned out to be incredibly profitable for the music icon as well. The report says that by 2017, the singer earned about $ 60 million, and by 2021, he probably accumulated a total of about $ 70 million. As expected, Nick Cannon’s ex-wife also receives royalties from platforms such as Spotify, on which the song has broken many records.

This is not the first time Mariah Carey has dealt with a legal situation. In 2019, she sued her former assistant for millions, claiming that she recorded “shameful” videos of her without her knowledge. In the end, the matter was settled, but only time will tell how this last situation will turn out for the artist with the participation of Free Guy.