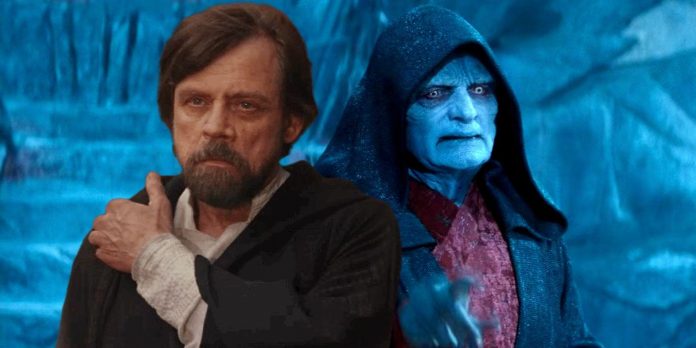 Star Wars explained why Luke Skywalker didn’t know Palpatine was alive during the era of the sequel trilogy. “Somehow Palpatine has returned.” This is the phrase uttered by Poe Dameron in Star Wars: Skywalker. The resurrected Emperor was responsible for the rise of the First Order, and he was making a last attempt to take over the galaxy.

The sequel left many unanswered questions. It remains to explain exactly how Palpatine returned, and they did a decent job. However, more curious is the fact that Luke Skywalker, who is usually considered the greatest Jedi master of all, clearly did not know about Palpatine’s resurrection. This is especially troubling considering that the Emperor seduced Ben Solo to the dark side under Luke’s supervision. Of course, there is a parallel between Luke’s blindness towards the Sith and the blindness of the Prequel era Jedi, who had no idea that the Sith lord was the Chancellor of the Republic until it was too late. But it’s pretty amazing to see Luke make the same mistakes as the Jedi from the prequel, especially considering he already lived in a time when the dark side dominated, so he really should have recognized the signs.

Adam Christopher’s Novel The Shadow of the Sith finally explains how Palpatine hid from Luke Skywalker. The Jedi Master really felt the rise of the dark side, and he was even drawn to the ancient redoubt of the Sith Exegol. But he tricked Luke into believing it was related to the ancient Sith spirit of Viceroy Exim Panshard, whose spirit was encased in his mask. Then, after the defeat of Exim Panshard, the Emperor used the Force to hide his presence in the Force. Luke felt his connection to the Force somehow empty; “like a mess, there was the ringing of a large bell, and now that he was gone, the silence he left behind was even more deafening.” Luke assumed that it would pass over time, but of course not.

Palpatine probably used the same technique on the Jedi in the prequel era, allowing him to act with impunity, even using the dark side in the Jedi Temple itself. In Luke’s case, the Emperor remained physically distant, but he kept a close eye on the Jedi and worked hard to seduce Ben Solo over the next few years. The insinuations hint that Palpatine lifted the veil only on that fateful night when Luke entered his nephew’s room and examined him by Force; The darkness that Luke felt was too great to be contained in Ben alone, but rather was a sudden realization of the presence of the Emperor’s spirit in his presence. Unsurprisingly, Luke reacted thoughtlessly by activating his lightsaber—just as Palpatine had hoped.

Luke Skywalker’s search for an Exegol could ruin all the Emperor’s plans. If Luke had found the Sith Guidebook and discovered the Exegol, he would have found the Sith cultists there, and with the power inherited from his father flowing through his veins, Luke would have defeated the Eternal Sith. Unfortunately for the galaxy, Palpatine’s genius has once again allowed him to outsmart the Jedi, and the greatest Star Wars villain has indeed returned.