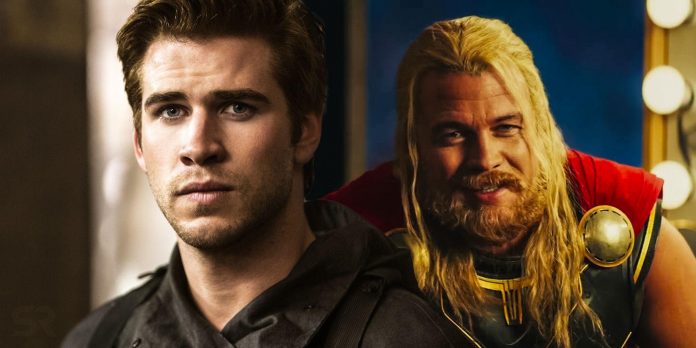 Warning: contains SPOILERS for the movie “Thor: Love and Thunder”!

There are a lot of cameos from family members of actors in Thor: Love and Thunder, although some wonder why Chris Hemsworth’s brother Luke was chosen for the role of actor Thor, and not his brother Liam. Keeping this in the family, Chris’ daughter India plays the main role of Love, the daughter of the Butcher God Gorr, and one of his twin sons plays the young Thor in flashbacks. Chris’ wife also appears along with the children of other Thor stars Natalie Portman, Christian Bale and Taika Waititi. However, given Liam’s history with the first Thor movie, it seems that he would be a logical inclusion in the role of the actor Thor, and not Hemsworth’s third brother, Luke.

Some of the best episodes in “Thor: Love and Thunder” occur when actors from Asgard recreate a scene from “Thor: Ragnarok” where One dies. In this play Melissa McCarthy, Sam Neal, Matt Damon and Luke Hemsworth make cameos as acting versions of Hela, Odin, Loki and Thor respectively. The latter three reprised these roles from a similar scene in Thor: Ragnarok, contributing to the continuity of life in Asgard in recent Thor films. Although other episodes were cut from Thor: Love and Thunder, this scene probably survived thanks to Taika Waititi, known for his unique humor, as evidenced by Luke, not Liam, who plays the actor Thor.

Ironically, Liam was almost chosen for the role of Thor in the hero’s first film. Both Liam and Chris auditioned, and after the last few potential actors were selected, the casting directors decided that they really liked Liam, but they needed someone older. Chris was called to audition again, and he got the role. Perhaps it would make more sense for Liam to play the actor Thor than Luke, but the added irony and subtle diss in the fact that Liam almost played Thor only adds to the fun of the scene for those who know this backstory. Also, although both Luke and Liam look like Chris, Luke looks less like him, which gives the joke a “not quite right” joke element. This multi-layered humor is also perfectly combined with the sharpness of comedy that Waititi brought to the last two parts of “Thor”.

What else did Luke Hemsworth star in

Like his brothers, the elder Hemsworth is a successful actor. Primarily a television actor, Luke began his career in 2001 in the Australian soap opera Neighbors. He has also appeared in other TV series such as The Saddle Club, Last Man Standing, and is starring in Westworld. Luke has also starred in a number of films, including Anomaly, Hickok and Death of Me. In 2018, Luke was chosen as the new face of Tourism Australia, appearing in a fake advertisement for the Crocodile Dundee remake with a cardboard cutout of Chris.

“Thor: Love and Thunder” and “Thor: Ragnarok” are not the only parodies of Luke’s legendary role of his brother in Marvel. Not getting used to advertising, Luke also played the actor Thor in the Old Spice commercial, which was also an advertisement for the movie “Thor: Love and Thunder”. The company seemed to get into the joke, tweeting: “[s] smells like God. Or, even better, an actor playing God” (via Twitter). It looks like Marvel isn’t the only company profiting from the fun casting of non—Chris Hemsworth for the role of Thor.

Between Gorr’s daughter Love (now Thor’s adopted niece), Jane Foster, returning as the Mighty Thor, and numerous cameos by the actors’ relatives, “Love” in “Thor: Love and Thunder” seems to take on several meanings. Choosing Luke to play Thor instead of Liam adds a great family joke to the film, because now Liam has lost the role of Thor not once, but twice. Let’s hope that this comedic episode will return in the fifth part of “Thor”, and Liam will not feel deprived.

Teen Wolf: Series To Return As A Movie on Paramount+; See...