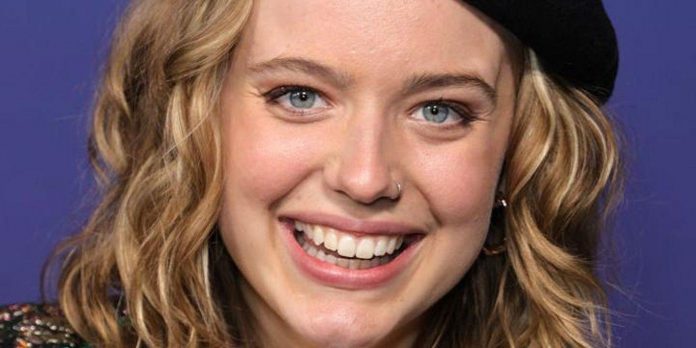 Singer-songwriter Leah Marlene became a household name when she placed third on the 20th season of American Idol in May, but now she admits the show wasn’t the “dream come true” she thought it was. Leah auditioned for the show at the age of 20 and impressed American Idol judges Lionel Richie, Katy Perry and Luke Bryan with her incredible performance of “Steal My Girl” by One Direction and her original song “Wisher to the Well”. Leah is from Normal, Illinois, but her energetic and quirky behavior proved that she wasn’t “normal” at all. She brought her own special magic to each of her performances.

American idol Leah’s full circle moment came when she sang “Firework” with Katy Perry in the finale, after she revealed that she sang this song on a talent show. In addition, her single “Flowers” rose in the charts after it was released on May 13, and Leah performed it in the finale. The song uses the metaphor of flowers growing on the sidewalk to imagine how people can get up in difficult times. He was inspired by Leah’s own struggle with depression and anxiety and how she found her way to herself. Since American Idol, she has used her platform to help other people in a similar situation.

In an Instagram post, Leah shared a song she wrote with two friends, which she called “a big old protective blanket for me over the last two months,” and talked about how much she has struggled since “American Idol” ended. She said it was “really fucking hard.” Leah explained that she worked “non-stop to make something out of it, and I feel like I’m walking in endless circles.” She said: “I feel very misunderstood by the industry and it made me question everything about who I am and what I want.” Leah admitted that while she is so happy and proud that her American Idol friends are thriving after the show, in her “own selfish little world, the comparison game has made these few months a lot harder.” She said she knows she has “countless people” who are proud of her and believe in her, and that all of the “American Idol” finalists are on their own journey and schedule, “but somehow I just feel very alone in this experience. . I am on the verge of complete emotional exhaustion and I can no longer pretend that all this does not bother me. I feel incredibly lost, confused, stuck and, among other things, disappointed. I realize that a lot has changed. in my life because of the show, but in almost every way I’m still back on track.”

Leah continued by saying that she didn’t join American Idol “without experience and with a naive little dream of being a pop star. I’ve been working on this for more than half of my life.” Leah admitted that this is why she feels terribly that she feels as if she is “back to the beginning again after such a promising opportunity. I know my worth and I know that I can contribute to something incredibly unique and important.” music and this world.I just want someone who has some kind of strength to be able to see it too (and not be afraid of the work necessary to think outside the box and follow a less well-trodden road in the industry of fast money and apathy). Leah concluded the post by saying that she knows that this time in her life, “the way is being paved for something so wonderful in the future, and everything will be fine. I just can’t help but speak frankly about the fact that this season is not a dream come true, and many people who follow me here think it is.”

Leah was a fan favorite on American Idol, so it’s amazing to hear that she’s struggling to find her place in the music industry. In recent months, several other former American Idol finalists have spoken about the challenges they faced after the show. I hope Leah will find a way forward that will satisfy her both professionally and personally. She has inspired so many people and deserves hard-earned success.

Ozark: The true story of what happened to Russ Langmore and...