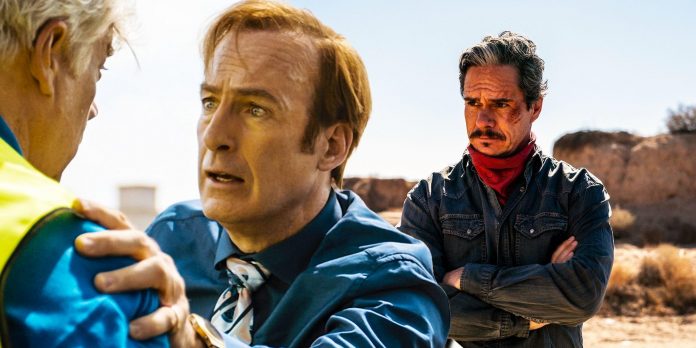 As “Better Call Saul” comes to an end, one of the most pressing questions remains — the fate of Lalo Salamanca. It was originally assumed that Lalo (Tony Dalton) could have survived the war with Gus Fring (Giancarlo Esposito) to potentially reappear in the modern black-and-white timeline ending the series. However, the mid-season finale of season 6 of the series “Better Call Saul” makes it clear that the character must die before the events of the series “Breaking Bad” in order for the events of this series to make sense.

Based on a single line in Breaking Bad, Lalo became one of the most striking and unnerving characters in Better Call Saul, largely thanks to the performance of actor Tony Dalton. The first half of season 6 showed Lalo avoiding an assassination attempt on Gus, faking his death by killing his doppelganger, and setting in motion an elaborate revenge plot to destroy Gus’ empire. In the mid-season finale, “Better Call Saul,” Lalo returns to the life of Jimmy McGill (Bob Odenkirk) with a terrifying explosion, appears unannounced in his apartment and shoots Howard Hamlin (Patrick Fabian).

It is clear that the enmity between Lalo and Gus should end with the death of one of them. Lalo already had a chance to escape and start a new life, and instead he decided to return in search of revenge. Both men also showed in Breaking Bad and Better Call Saul how ruthless and absolute they are in solving unfinished cases. After everything that has happened, it’s hard to imagine that the two of them will conclude a truce. And since it’s obvious that Gus survives to appear in Breaking Bad, that means Lalo has to die.

A surviving Lalo would also make it difficult to explain much of Gus’ actions in Breaking Bad. In the 6th episode of Season 7, “Better Call Saul,” Lalo spies on a huge meth “super lab” that Gus is building. A man as obsessed with details as Gus would not continue to do business in a secret place that his worst enemy was clearly targeting. Gus also has a relaxed and confident demeanor throughout most of Breaking Bad, which would seem strange if Lalo was still active. It also seems unlikely that Walter White will ever meet Lalo alive, or at least not be warned about him, given his interactions with the Salamanca family throughout the original series.

Lalo’s death also fits perfectly into the themes and storytelling methods of Gilligan, Gould and other creators of Breaking Bad and Better Call Saul. Throughout the series, the drug trade consumes and eventually kills almost everyone involved, with the exception of Skyler White and a few other relatively innocent people. Even those who do not die physically often destroy their lives and personalities, for example, Jesse Pinkman and Saul himself. Thus, if Lalo escaped from his violent life alive, it wouldn’t match the way the franchise has worked so far.

It is clear that during the events of Breaking Bad, Saul believes that Lalo is still alive, or at least alive recently enough to send people after him. But Lalo’s death will only make Saul’s ongoing fear of him more thematically relevant. Saul Goodman constantly buries his past, changing his identity twice throughout the timeline of the Breaking Bad universe, but finds that his story continues to bother him, as evidenced by his viewing of an old video of Saul Goodman in the opening scene of “Better Call Saul” and “Better Call Saul”. his failed attempts to leave “Slippin’Jimmy” behind. A constant life in fear of the dead perfectly matches the way the buried past haunts Saul. Thus, Lalo must die before the end of the main timeline of “Better Call Saul” and the beginning of “Breaking Bad” for both plot and thematic reasons.