Home Entertainment Why Kars is the most unpleasant villain of JOJO 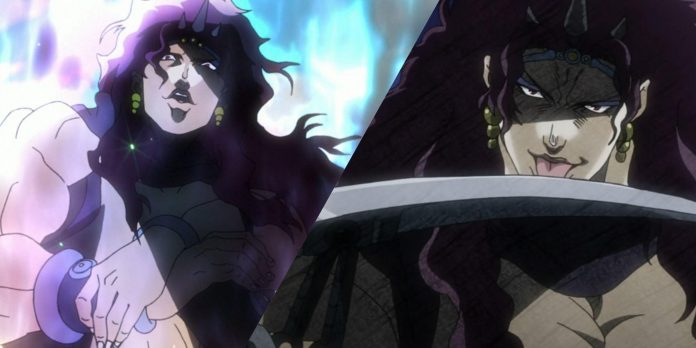 JoJo’s Bizarre Adventure is one of the most consistent manga in recent times. It might not have the same level of popularity as some shonen series, but there is no denying the quality of the series. As the series is divided into multiple parts, there is no shortage of characters, both good and bad.

The villains in JoJo are among the very best and many of them have become very iconic over the years. But, there is a villain, who is often considered to be very average. This villain is none other than Kars from JoJo’s Bizarre Adventure: Battle Tendency. His character in Part 2 left a lot to be desired, which raised the question; is Kars just an average villain?

RELATED: The Best JoJo Villain Hasn’t Been Animated Yet

Role In The Story

Kars’ goal was very simple. He wanted to fully utilize the potential of the bodies of the Pillar Men, and he was driven by this goal and this pushed him to make the Stone Mask. With the Stone Mask falling short of his expectations, it caused him to search for the Red Stone of Aja. Kars desire was so great that he was willing to fight against members of his own race to achieve this goal. However, he was unable to achieve his objective in the past, and it was only after he was reawakened that he got his hands on the stone.

Kars is also a very influential character. The stone mask that he created was responsible for turning DIO into a vampire, which caused Jonathan to go on a journey to learn more about Hamon. Also, DIO’s immortality made it possible for Araki to reintroduce him in Part 3. During his time as a vampire, DIO met several other characters, who would affect the other parts and cause problems for the Joestar Family.

Kars was the strongest of the Pillar Men, and he served as the main antagonist of Part 2. Kars along with Wamuu and Esidisi reawakened, and they planned to retrieve the Red Stone of Aja in order to overcome their weakness toward the sun. Even in his normal form, Kars was powerful enough to fight against the likes of Lisa Lisa and Joseph. His biggest strength was his intelligence, which allowed him to outsmart his opponents.

It also enabled him to create the mask. In addition to his intelligence, he was extremely ruthless, and he did not hesitate to play dirty to achieve victory which was shown when he tricked Lisa Lisa and stabbed her. Even in his base form, Kars’ physical abilities were far better than most of the characters in the series and once he got his hands on the Red Stone of Aja, he managed to get rid of his only weakness to the sun.

Once he managed to become the “perfect being,” Kars became much stronger than any other character. His IQ increased to 400, which made him smarter than the most intelligent human in the world by a considerable margin. He was able to come up with counters in a much shorter time. When Joseph tried to use magma against him, Kars was able to survive by covering his body with an inorganic substance. He had the DNA of all the beings that existed on earth, which allowed him to morph into different shapes. His body manipulation was refined to the point where he could turn specific parts of his body into an animal or a bird or any other living organism.

Furthermore, Perfect Kars was immortal and had extraordinary regeneration ability. He was able to recover from any serious injury almost instantly. Arguably, his biggest weapon was his ability to use Hamon at a very high level. The intensity of his Hamon was compared to that of the sun itself. During his fight against Joseph, Kars’ Hamon was enough to make a volcano erupt. It is clear that Kars was not lacking in terms of power, so what makes him an underwhelming villain?

Kars was an interesting character but lacked the character development, which the other JoJo villains have. He did not get enough screen time, which meant that he couldn’t undergo the necessary development. With enough screen time, Araki could have explained more about Kars and why he handled plants and animals with such care. His connection to other living organisms in particular was unique. While falling down from a cliff, Kars purposely crashed against the rocks to change his trajectory and avoid crushing the flowers on the ground, this particular incident drew a lot of attention but it was never explained. Kars’ devotion to this mission was admirable.

In a bid to get the Red Stone of Aja, he lost his two aides, Wamuu and Esidisi. After becoming the “perfect being,” it was impossible for Joseph to try and defeat him. So, it came down to Araki to give Kars some kind of ending. In the end, he was thrown into space, where he eventually froze and stopped thinking. In comparison to the other villains, Kars getting shot up into the space was very underwhelming. It is plausible to assume that Araki knew that he could not make Joseph defeat him in a normal fight, so it was in the best interest of the series to take out Kars in an absurd fashion.

A fan of “90 Day Fiancé” confirms that This controversial couple...