Home Celebrity Why Johnny quotes the same word so much 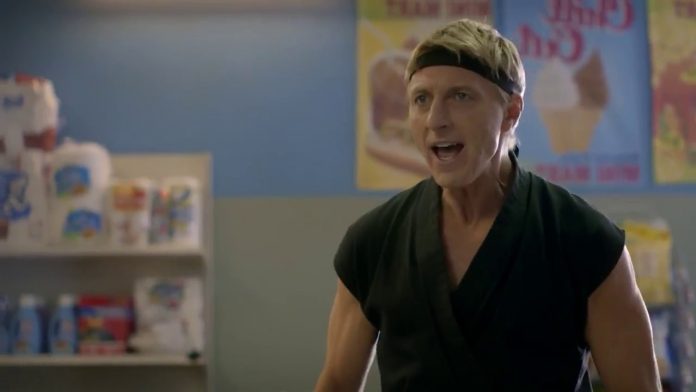 The new season of Cobra Kai is about to premiere on the Netflix platform, but many have wondered why Johnny uses so much the same word against his students, “Hush!”

From the very first episodes of Cobra Kai, it is clear that Johnny is no ordinary sensei. You don’t have time for political correctness or to use your inner voice.

Instead, when he wants the attention of his students, he resorts to yelling a loud and conspicuous “Hush!” This is probably a technique that Johnny learned from his past teachers who didn’t feel the need to pamper teenagers.

It’s clear from the first time he says it in a dojo that his students have never been spoken to like this before, but, he quickly resorts to using it whenever he wants to establish authority in the group.

In fact, in the Season 3 trailer, you see Johnny yelling, “Hush!” when Miguel excuses himself that he may never be able to practice martial arts again. Use the word to get Miguel out of his bad mood and give him some additional words of encouragement:

“Never. I can not. Those are just words; It is meaningless”. Johnny

Johnny may be softening up a bit, but it is clear that he will never completely lose his rough edges and temper with his students.