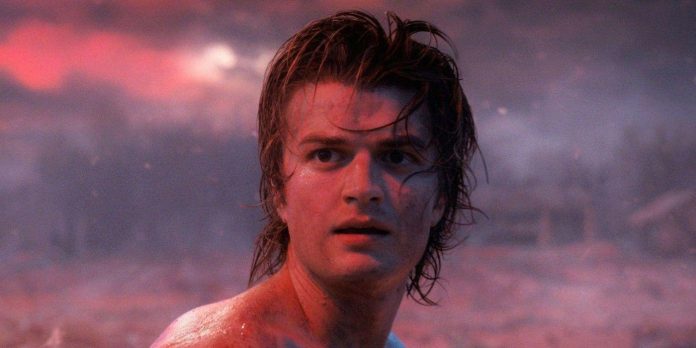 Joe Keary from “Very Strange Things” recently explained why he didn’t think his character, Steve Harrington, would survive the first season. The sci-fi horror show on the theme of the 80s appeared on Netflix in July 2016 and instantly became a hit with viewers. The series tells the story of a group of teenagers from a small town in Indiana who are fighting the forces of an evil parallel dimension known as the Wrong One after becoming friends with a mysterious little telepathic girl. “Very Strange Things” only gained popularity after its release, and season 4 became the most popular TV show on any streaming service this year.

Since there are references to the 80s on the show’s sleeve, Steve is portrayed as the archetypal petty bully boyfriend from high school, who can be seen in many popular teen films of the decade. However, as the series progressed, Steve became an integral part of the group after facing death while fighting monsters from the Inside out. In the second season, he became friends with Dustin Henderson (Gaten Materazzo) and continued this humorous relationship in the fourth season, when Steve developed a more selfless character, risking his life to save others. However, moving on to the most recent episodes, many were afraid that Steve would die in the last two episodes, and although he survived, it is unknown what awaits season 5 of “Very Strange Things”. Kiri, however, didn’t even think his character would go that far.

In a recent interview on The Tonight Show with Jimmy Fallon, Keary explained why he didn’t think Steve would survive the first season of “Very Strange Things.” were written and staged so that he thought his character would be dead by the end of the season. Read what the actor said below.

“I read one… maybe two episodes of the show and it was like we read three episodes and then they had two more and all that. So they were actually building it along the way.”

It was clear that Kiri did not know if he would live to see the end of the first season, because of the nature in which the show was created. Since he was given scripts in the form in which they were written and was not informed of his fate at an early stage, the actor explained that he had no idea whether he would live or die. Coincidentally, the Duffer brothers revealed that Steve was originally supposed to die in the first season, but because of Kiri’s acting and how the character developed while writing the script, they didn’t want to kill him.

The boys’ hero-enthusiasm has surpassed the hype (but not for the...