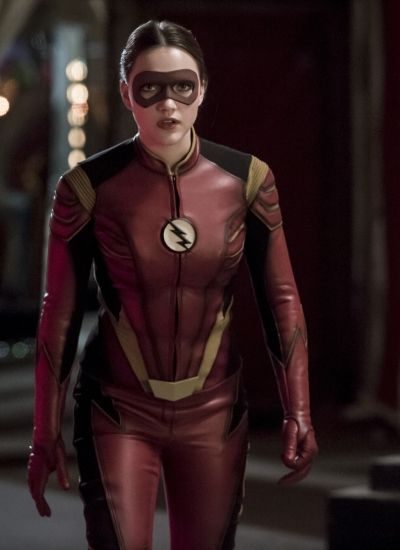 Being one of the youngest characters in The Flash and one of the few female sprinters in the comics, the series could have done a lot with Jesse Quick (Violett Beane).

In 2018, during season 4 of The Flash, Violett Beane ended up being cast in the starring role of her on the CBS series God Friended Me. Although it is confirmed that she had not left the Arrowverse completely.

Sadly COVID-19 ended up having a bigger effect on Violett Beane’s show in the end. In April of this year, CBS announced that God Friended Me had been officially canceled.

This could open the door for Violett Beane to return to The Flash next season. Interestingly, Javicia Leslie, Ruby Rose’s replacement on Batwoman, also starred in the CBS drama, giving him the experience of her working on a series produced by Berlanti.

The 5-part crossover reinvented Earth-2 to now be the home of Stargirl and the new version of the Justice Society of America. It was probably done on purpose to leave Jesse Quick’s whereabouts up in the air.

Probably to feature again once Violett Beane was available. If fans are lucky, Beane could return as Jesse Quick at some point in season 7 of The Flash.

Being in a series produced by Greg Berlanti opens the possibilities that Violett Beane will be called again to appear in The Flash and with her main series canceled due to the pandemic, series a very creative idea.

See Also
The Flash: Shows the romance between Barry and Iris