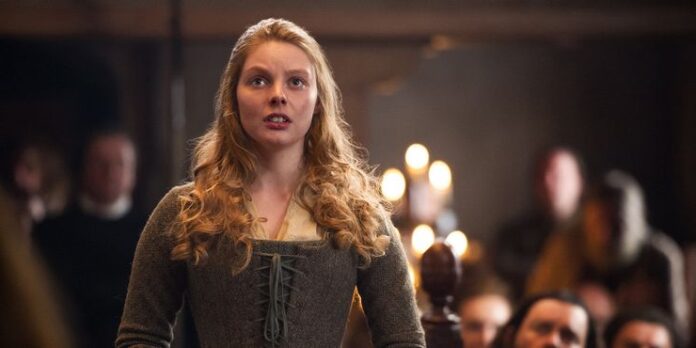 Outlander fans are currently in a state of anxiety, as the historical drama appears to be a long way from bringing season 6 to their screens for at least the next few months of 2021.

Recently, Starz published its premiere schedule for 2021, and it sadly failed to see any sign of Outlander season 6, which generated some hopelessness among fans.

But, as the fans are restless, they calm the anxiety by reviewing the previous seasons of Outlander. In the third installment, when Jamie and Claire were separated for 20 years, the Highlander had a “romance” with Laoghaire MacKenzie.

Fans who reviewed the Outlander season 3 episodes were intrigued by why Jamie was intimate with Laoghaire MacKenzie, loving Claire.

In this sense, in both the Diana Gabaldon novels and the screen adaptation of Outlander, when Jamie sees Claire again after 2 decades, he explains the reason why he slept with Laoghaire (Nell Hudson) after that the couple got married.

In the end, Jamie explained why he married Laoghaire and revealed that it was hardly a union with the disagreeing couple. However, he tried to help Laoghaire overcome fears and traumas from his past. This is what Jamie explained to Claire:

“I tried to be nice to her; God, I tried over and over, everything I knew to please a woman, but it didn’t help. Maybe it was Hugh, or maybe it was Simon. She had them both, and they were good men, but you don’t know what happens in a marriage bed. Maybe she was having children; not all women can bear it. But something hurt her, at some point, and I couldn’t heal it for all my attempts. ”

“She flinched when I touched her and I could see the sickness and fear in her eyes.”

According to Jamie’s explanation, something was wrong with Laoghaire who seemed to have a fear of sex and intimacy due to his previous relationships. Therefore, Jamie had sex with Laoghaire in an attempt to make the marriage work, but it ultimately failed and the couple broke up.

3 rare series but similar to Vikings that you can enjoy

Millie Bobby Brown: the real reason she shaved her head!