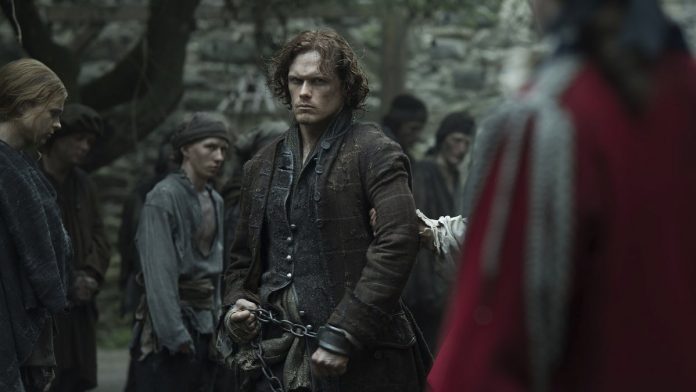 Work on the sixth season of Outlander appears to be underway amid the coronavirus pandemic. Outlander is an adaptation of the book series by American writer Diana Gabaldon.

Some fans have gone back to previous seasons and have questions about previous stories. Among these is a moment in the third season of Outlander when Jamie Fraser (Sam Heughan) slept with Mary McNab (Emma Campbell-Jones).

The Outlander scene took place after Claire Fraser (Caitriona Balfe) returned to the future shortly before the Battle of Culloden after Jamie feared for the safety of his wife and unborn child.

Jamie ended up near death after the battle and was forced into hiding for seven years as a fugitive from the British in Outlander. During this time, Jamie ended up sleeping with Mary in the cave while working for Jenny Murray.

Speaking about the scene, Outlander producer Toni Graphia said they had to walk a very fine line because they didn’t want that to be lewd in any way or just plain rude.

The Outlander producer also added that they wanted him to be cute, selfless and not very sexy. It’s just about humanity and connection. They have a history together in the sense that she saved her son from the abusive husband. So she is grateful to him.