Home Celebrity Why Itziar Ituño did not want to participate 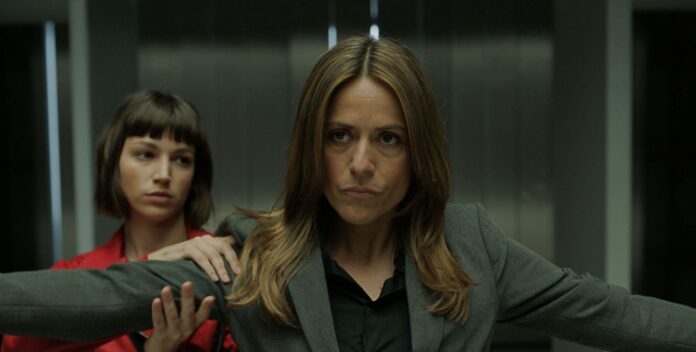 La Casa de Papel is the Spanish Netflix series that has already entered production for its fifth and final season. Fans are eagerly waiting to see this crime drama story culminate.

Television shows are rarely produced to develop a story in a single season. Surely, this was what actress Itziar Ituño, who plays Raquel in La Casa de Papel, thought when she signed the contract.

Recently, the actress said that she would most likely have turned down the role if she had known two or three details about the series from Spanish producer Alex Pina.

And it is that, when an actor agrees to work on a series, most likely she does not know how long this adventure will last. While some series are written as miniseries, others follow the course of their success and develop additional seasons, La Casa de Papel for example.

La Casa de Papel is probably the case of one of the Spanish successes of the Netflix platform, which will have its end very soon with its fifth season.

It is undeniable that La Casa de Papel has had considerable international success. In this sense, one of its main actresses, Itziar Ituño, better known for her role as Raquel in the Netflix series, said that she would not have accepted the role if she had known that the show would take 5 seasons.

“Before starting the series, I thought about it and said yes because it will start and end in a few months. I don’t think I would have agreed to do La Casa de Papel if they had told me that the series was going to have 5 seasons. I’m happy to have done it (…) and it was a joy to have the possibility of a third, fourth and fifth season! ”.

Itziar Ituño has also spoken about her experiences of becoming one of the most recognized Spanish stars after La Casa de Papel became a worldwide success.

Now that La Casa de Papel is back on the international stage, with photos from the set and Instagram updates garnering a lot of attention. Itziar Ituño admitted that the public puts her in the eye of the hurricane and there is no corner in the world where she can hide.