Home Celebrity Why is Valhalla so important to the Scandinavians? 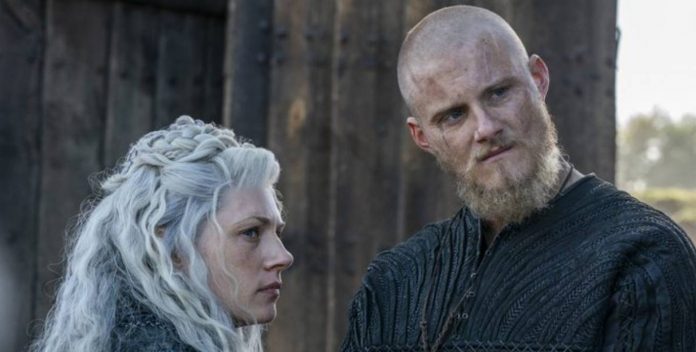 Vikings characters constantly mention Valhalla, especially before a battle, but what is the history of Valhalla and why can’t everyone go there when they die?

It is known that Vikings is not historically accurate all the time, it has included many elements of Norse mythology, especially the concept of Valhalla and the history of it.

Throughout the Vikings series many characters have mentioned Valhalla and her desire to get there when they die, as not everyone has the honor of crossing those doors.

In Norse mythology, Valhalla is a majestic and enormous hall in Asgard, ruled by none other than Odin. In front of the doors is the Glasir tree, with golden-red leaves, and the roof of the hall is covered with straw with golden shields.

Going to Valhalla after death is a privilege, as not everyone can cross the gates. Only half of those who die in combat are chosen by Odin to travel to Valhalla.

While the other half goes to Fólkvangr, a meadow ruled by the goddess Freyja, whom she is associated with love, beauty and fertility. Inside Fólkvangr is her hall where she receives those who died in battle.

The Vikings characters were especially interested in gaining entry to Valhalla as the warriors who go there join the masses of those who have also died in combat (the Einherjar) and prepare daily for the events of Ragnarök.

It is not surprising, then, that Ragnar was so concerned about earning a place in Valhalla, and that characters like Tostig wished to die in battle that Odin would take him there to dine and feast with the gods and his former Viking companions.

Seventeen will release their first single in English as a whole...

NCT’s Taeyong to cancel activities due to injury