Home Entertainment Why is the future of Injustice Games so uncertain 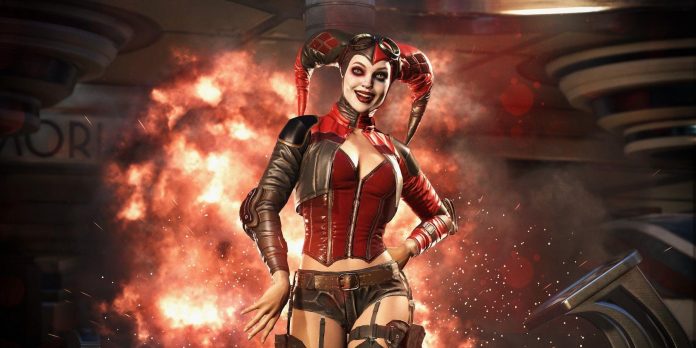 Superheroes have found a safe home within video games, and it is not hard to understand why. With their superpowers and their outlandish outfits, they lend themselves well to the kinds of gaming adventures that players love to enjoy. Consequently, in recent years, franchises like Insomniac’s Spider-Man and Eidos-Montréal’s Guardians of the Galaxy have been smash hits that have sold millions of copies and helped boost the popularity of the superheroes that grace their covers. Sitting alongside these titans is NetherRealms Injustice franchise, a fighting game series featuring some of the most recognizable heroes and villains from the DC universe.

The first game, Injustice: Gods Among Us, launched in 2013, and it was the bestselling game in the US in the month of its release. Its sequel, Injustice 2, was similarly successful, becoming the highest-grossing game in the second quarter of 2017 when it launched. Naturally, gamers would expect to see more Injustice games being pumped out, but things may not be so simple. Due to licensing issues and NetherRealm’s commitment to Mortal Kombat, there is no guarantee that there will be more Injustice games.

RELATED: DC vs. Marvel Video Games: Which Are Better?

NetherRealm Has to Juggle Injustice and Mortal Kombat

The Injustice video game series is directed by Ed Boon, who is no stranger to the gaming world. His break into gaming came in 1992 when he and his team consisting of four other people released a game called Mortal Kombat. There were other fighting games around at the time, including Street Fighter 2, but Mortal Kombat managed to stand out from its competitors by featuring supernatural moves and including stomach-churning gore. Players were instantly hooked on Mortal Kombat’s ultra-violence, and its finishing moves, known as Fatalities, are frequently referenced in pop culture.

The success of Mortal Kombat cannot be understated. It currently sits as the best-selling fighting game franchise of all time, with the latest entry, Mortal Kombat 11, selling over 12 million copies globally by 2021. In total, the series has sold over 73 million copies, making it a very profitable IP for NetherRealm. However, this should not blind one to the success of Injustice, as the latest entry, Injustice 2, attracted droves of gamers and sold 1.5 million copies within three months of its release.

In August 2021, industry insider Jeff Grubb claimed that NetherRealm was working on Mortal Kombat 12, which was a strange claim, as gamers were waiting for Injustice 3. However, his claim was given greater evidence when, in January 2022, Jonathan Anderson, who works at NetherRealm, Tweeted out an image of his desk which had pictures of Mortal Kombat 11 and Injustice. On the corner of the image, his screen can be seen, and if one zooms in, the words “MK12_Mast…” are visible. Many have interpreted it as a clue that the studio has been working on Mortal Kombat. This leak may not be so accidental, because an email is also partially visible which reads “our fans eagerly scrape the internet for any trace” as well as “take extra care with this,” which makes it appear that it may be an intentional, albeit quite clever, teaser.

On some level, it is understandable why NetherRealm would choose to work on Mortal Kombat instead of Injustice. Although Injustice has been a success, it is still dwarfed by Mortal Kombat. Furthermore, the studio has been facing its own uncertain times, which may make further partnership with DC Comics a bit harder.

In 2017, AT&T acquired Time Warner, expanding its reach in the media industry. The media industry was shaken up again when AT&T and Discovery started discussing a merger between Discovery, Inc. and WarnerMedia. It took a few years, and a lot of deliberation, but the new entity formed by the merger, Warner Bros. Discovery, began operating in 2022. This had implications for the gaming industry, and NetherRealm Studios in particular, because it is owned by Warner Bros. Games, which is part of Warner Bros. Discovery.

The merger leaves NetherRealm’s future uncertain since the subsidiaries of what was WarnerMedia have been getting sold quite frequently, including TMZ which was sold to Fox Corporation and Playdemic which was part of Warner Bros. Games. It is not too outlandish to imagine that NetherRealm could also see itself getting sold, especially when one considered the fact that AT&T had once considered selling off Warner Bros. Interactive Entertainment, but abandoned the idea when COVID-19 caused the gaming industry to flourish in 2020.

If NetherRealm ever gets sold, it would make the creation of a new Injustice game very difficult, mostly because DC Entertainment, which owns DC Comics, is owned by Warner Bros. Discovery. Hence, acquiring all the licensing for all the DC Comics characters that appear in Injustice would not be as easy, or may even be impossible. Grubb discussed this fact, stating that this may be the reason that NetherRealm would favor Mortal Kombat over Injustice going forward. As he explains, with Mortal Kombat, “you don’t have to use any of these Batman or Superman characters that might be tied up in licensing if you try to get rid of NetherRealm or sell it to whoever.”

None of this means that gamers will never see another Injustice game. However, things do look bleak, which is unfortunate because the Injustice series brings just as much fun as Mortal Kombat. Forces outside NetherRealm’s control may prevent a new Injustice title from being created, though if the stars align, things may work out positively and the studio may be able to churn out another superhero game.