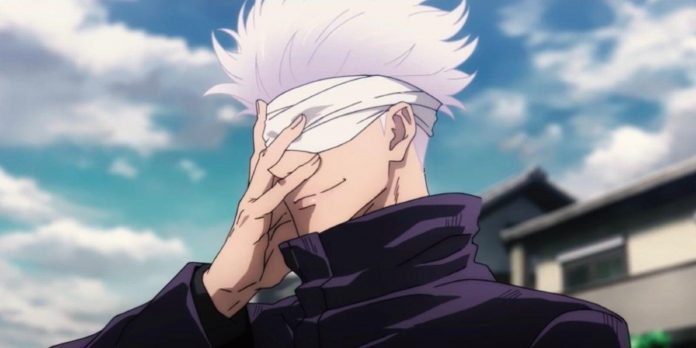 Why does Gojo close his eyes in Jujutsu Kaisen? The action of the manga Gage by Akutami Jujutsu Kaisen (and its anime adaptation by Studio MAPPA) takes place in a magical world in which all living beings emit a type of energy called “cursed energy” caused by the negative emotions they experience. While powerful people, known as jiu-jitsu sorcerers, can control and use this energy, ordinary people cannot, which leads to the creation of “cursed spirits” — monstrous spiritual beings generated by collective negative emotions that seek to harm humanity.

The main character Jujutsu Kaisen is at first glance an ordinary teenager named Yuji Itadori, who is a member of his high school’s Occult Research Club. His life changed forever after a cursed object fell into the hands of the club — the finger of a powerful cursed spirit named Ryomen Sukuna — which attracts several other cursed spirits who attack Yuji’s friends. To save his friends, Yuji eats the cursed finger and becomes a vessel for Sukuna, but is soon sentenced to death by high-ranking jiu-jitsu sorcerers who consider him too dangerous because of the cursed spirit possessed by him.

Fortunately, a jujitsu sorcerer named Satoru Gojo manages to arrange for Yuji to temporarily stay alive, provided that he absorbs Sukuna’s other cursed fingers and absorbs even more of his cursed energy, after which he will be executed. Gojo takes Yuji under his wing and soon becomes a mentor to the teenager after enrolling him in the Tokyo Metropolitan Technical School of the curse, where he learns to use the cursed energy of Sukuna. Gojo himself contains a huge amount of cursed energy and, therefore, is one of the most powerful characters in ju-jutsu kaisen. With his shock of gray hair, he also has a rather distinctive appearance and is known for often wearing sunglasses or a blindfold — but why does Gojo usually close his eyes? According to the teachings of jujutsu kaisen, Satoru Gojo closes his eyes for a good reason, and this is due to the powerful technique he possesses, known as the Six Eyes.

This is a hereditary technique exclusive to the Gojo family, so rare that two owners of Six Eyes did not exist at the same time. Six Eyes gives its users an incredibly detailed perception and a huge computing power of the brain, which allows them to see different types of cursed energy in the smallest detail. It also allows users to use the power of another inherited Gojo family technique called Limitless, which gives the ability to distort space and manipulate it at will.

Although Six Eyes is an incredibly useful technique when it comes to dealing with cursed spirits, it has certain drawbacks. Because the “Six Eyes” is such a powerful technique, it tends to tire those who close their eyes to fight the exhaustion of their stamina and energy — which is why Gojo often wears a blindfold or sunglasses. However, according to the creator of jujutsu kaisen Akutami, blindfolded or glasses in no way interfere with Satoru Gojo’s Six-Eye technique, and he can still see the cursed energy in high resolution even with his eyes closed.

Tim Drake from Gotham Knights stole a weapon from another Robin