Home Entertainment Why is Obi-Wan Kenobi called a General 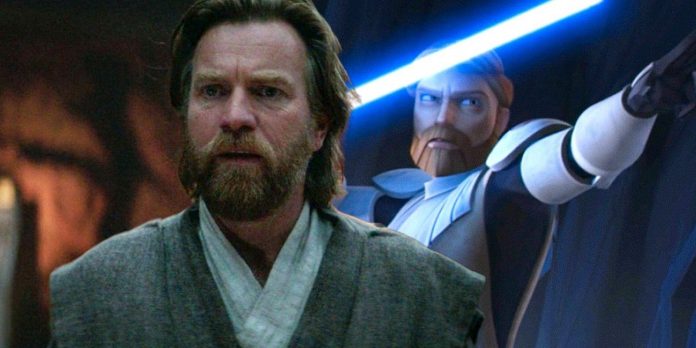 Warning! SPOILERS for the fourth episode of Obi-Wan Kenobi

Obi-Wan Kenobi is mentioned under the title “General” in the last episode of his eponymous series on Disney+, and he has not seen this for a long time. The action takes place 10 years after the events of “Star Wars. Episode III. Revenge of the Sith.” Obi-Wan Kenobi finds a titled Jedi master called into battle to save the young Princess Leia Organa. Along the way, Obi-Wan had to fight Imperials, Inquisitors, and even Darth Vader, and it’s not easy for an inexperienced Jedi.

Fortunately, Obi-Wan is not without help. He and Leia were in the care of Tala, an imperial officer who helped other Jedi and Force-sensitive escape from the Empire through an underground network called the Path. After a devastating confrontation between Obi-Wan and Darth Vader, Tala leads him to one of the shelters of the Path so that he recovers his strength. While there, he meets several others helping Tala along the Way, including Roken, who calls Obi-Wan an old title from the Clone Wars when he sees him.

In episode 4, “Obi-Wan Kenobi”, Roken refers to Obi-Wan as “General”, referring to the rank he held during the Clone Wars. The rank of General was given to all Jedi masters, knights, and Council members during the Clone Wars to establish their place in the hierarchy of the Grand Army of the Republic. With the title of general, a Jedi will stand above most clone troopers and their commanders, which will allow them to take responsibility in almost all situations. The title was more out of respect than a badge of military training, but it made sense given that Jedi were often needed in many missions carried out during the Clone Wars.

Roken calling him General Kenobi means that he is familiar with the period when Obi-Wan participated in the Clone Wars, either by reputation or by the fact that he himself served in the army. Roken may even have served under General Kenobi at the time, but if so, it was most likely a secondary position, given that Obi-Wan doesn’t seem to recognize him. Regardless of how Roken knows about Obi-Wan’s promotion to the rank of general in the Clone Wars, his decision to use it is a sign of the respect he still holds for the Jedi. While conferring the rank of general to the Jedi was a recognition of their important role in the war, Roken using it here underscores the importance that is still attached to the Jedi – and in this case Obi—Wan in particular.

In addition to referring to the time when Obi-Wan participated in the Clone Wars, referring to him as a general in this series also lays the groundwork for another important scene from the original “Star Wars”. In this movie, Leia is known to ask for help from General Kenobi in her holovid message, which is carried by R2-D2. And although Leia is not in this scene of Obi-Wan Kenobi from episode 4, it is unlikely that this will be the last time someone addresses Obi-Wan by this title. The galaxy is moving towards war again, and some factions are already resisting the Empire. As the war approaches and the Uprising begins, more and more people will seek advice from former leaders such as General Kenobi.